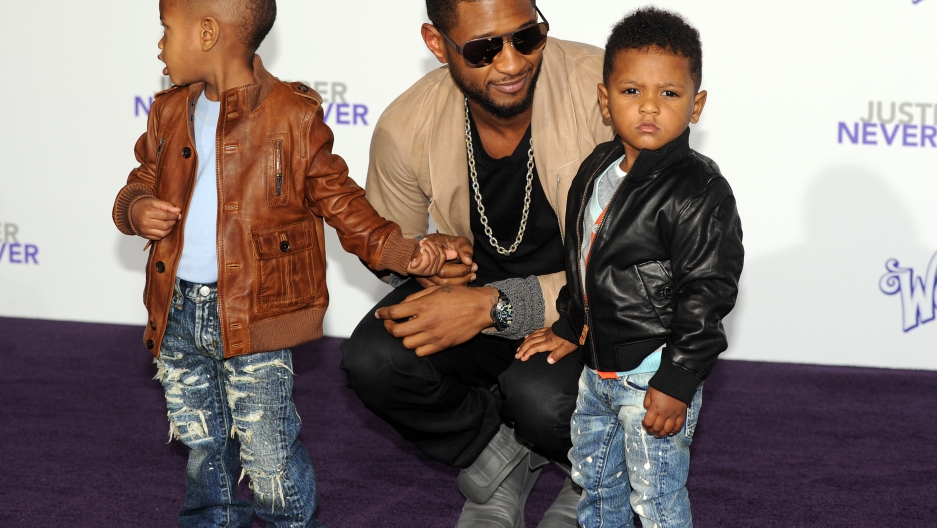 A court ruled that Usher gets to have primary custody of his two boys - a surprising end to a brutal conflict between the singer and his ex.
Credit: Gabriel Bouys
Share

Usher has won primary custody of his two kids from his ex-wife.

The grammy award-winning recording artist had been locked in an custody battle for their two sons, Usher Raymond V and Naviyd Ely Raymond, for months.

Though the exact reasons for the ruling are unknown, Raymond User (the singer's real name) said that his ex-wife and former stylist Tameka Foster, had spit at his new girlfriend and attacked him during a visit with the children, said the Associated Press.

The battle was often times brutal to say the least.

During the proceedings, Foster claimed that Usher was unfit to be a father because of his grinding schedule and the fact that he had used drugs in front of his kids, said MTV.

Usher cancelled his ex's credit card, which she discovered at the register of Saks Fifth Avenue, and was forced to reinstate it given her duties as his stylist.

For his actions, Usher was held in contempt of court.

Yet, despite his move, the court still ruled in his favor.

USA Today reported that the move is another blow for Foster whose 11-year-old son from another man was killed last month in a boating accident on a Georgia lake.

Their marriage lasted for two years, finally ending in divorce in 2009.

The details about the visitation rights have not been disclosed.

Neither has commented on the ruling.