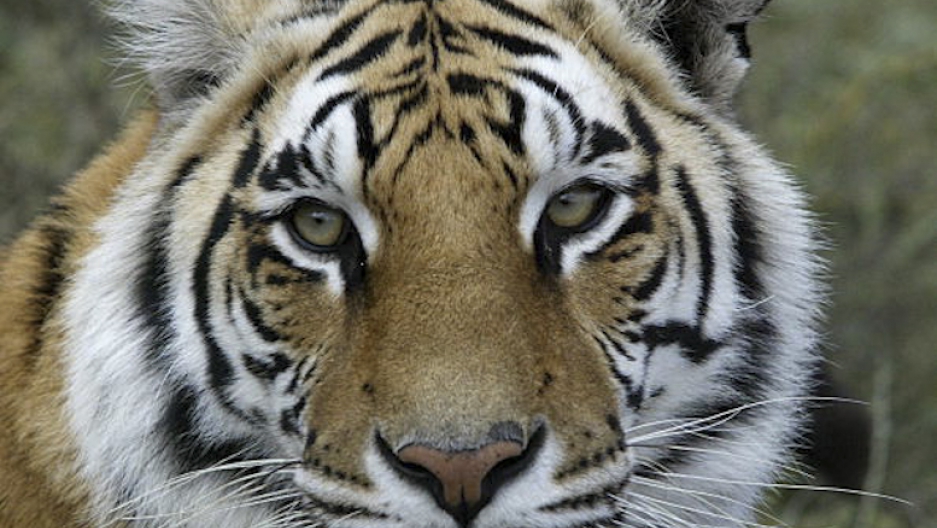 Ron, one of two endangered Bengal tigers being rehabilitated to live in the wild, is pictured May 20, 2003, at Tiger Moon Sanctuary in Philippolis. The multi-million dollar rehabilitation program for the captive-bred tigers is being privately funded by the Varty family.
Credit: ALEXANDER JOE
Share

Nine Bengal tigers and seven African lions attempting to enter Paraguay with their circus from Argentina have been stuck in border limbo for two months since they were refused entry into the country because of a new ban on live animal acts at circuses.

The 16 big cats perform with their Argentine circus in Asuncion, Paraguay, each August, but owner Oswal Wasconi said Argentine official refused their paperwork for re-entry when they tried to return home after finding out about the new Paraguayan law, reported the Associated Press. Director of Paraguay's wildlife agency Estela Gomez said all 16 animals have good-health certificates, but officials demanded more information about the protected species.

According to the Daily Mail, Gomez said her ministry decided to move the tigers and lions two by two to the Asuncion Zoo "so they can live in some comfort and not in a strange area."

"Wasconi has promised to provide them with food and liquid because these animals are physically quite large," Gomez told the AP. "In the next few days we will continue investigating the true reasons why the Argentine authorities aren't authorizing their return. I can't anticipate whether these beasts will remain forever in Paraguay or eventually go to Argentina."

Paraguay is the latest country to implement a ban on live animal acts, following Bolivia, Peru and Ecuador, reported the Daily Mail. Legislation processing is underway in Colombia and Brazil.