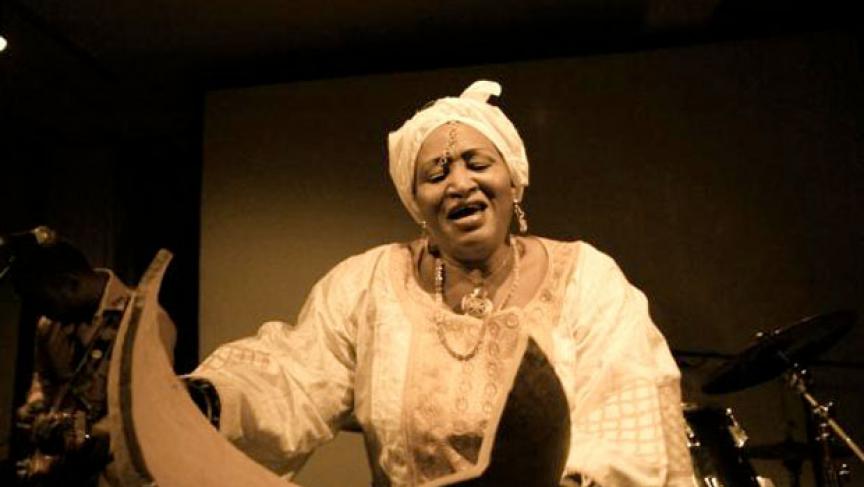 Khaira Arby had to leave her home in Timbuktu after a system of Sharia law was implemented and banned musical performances. (Photo from myspace.com/khairaarby.)

Musicially, Mali is one of the richest places in the world.

The country brought us the late guitarist Ali Farka Toure. Then there are musicians Salif Keita and Oumou Sangare.

But as of Wednesday, the music stopped in the north of the country.

That’s because Islamic extremists who control much of the vast desert region of Mali have banned all music, except the singing of Koranic verses.

The extremists say they are enforcing the strict Islamic code of law known as Sharia.

The rule went into effect months after a military coup in Mali destabilized the government, leaving militants and hard-line Islamic groups controlling the north.

Freelance journalist Rose Skelton was recently in southern Mali, reporting for the British newspaper, The Independent.

Skelton spoke to musicians in the north who told her instruments and amplifiers have been burnt and that they have to play and sing in hiding.

Malian singer Khaira Arby had to leave her home in Timbuktu.

Arby told Skelton she has nowhere to go and that she can’t perform because all her instruments are back home.

"There’s a real sense of music being strangled there," Skelton said.