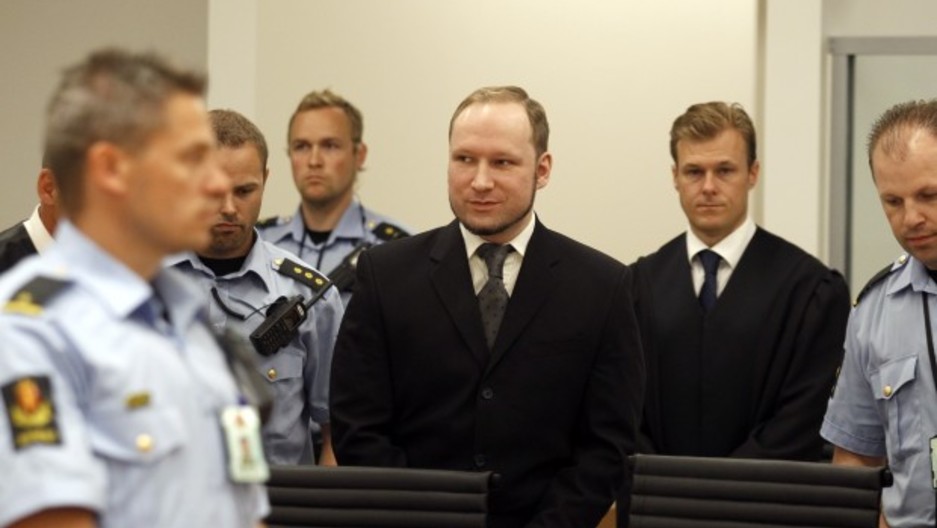 Norwegian mass killer Anders Behring Breivik (C) arrives to hear the verdict in his trial at a courtroom in Oslo August 24, 2012. A Norwegian court found Anders Behring Breivik sane on Friday in the murder of 77 people in a shooting spree and bomb massacre last year, bringing some closure to a Nordic nation devastated by its worst attack since World War Two. Breivik, who has admitted blowing up the government headquarters with a fertiliser bomb, killing eight, before gunning down 69 at the ruling party's summer youth camp, faces 21 years in jail with likely indefinite extensions. REUTERS/Stoyan Nenov (NORWAY - Tags: CRIME LAW)

Share
As Anders Breivik now enters the prison system, the possibility remains - however remote - that he will be released in the future. Host Marco Werman talks with Thomas Ugelvik from the University of Oslo about justice - Norway style.