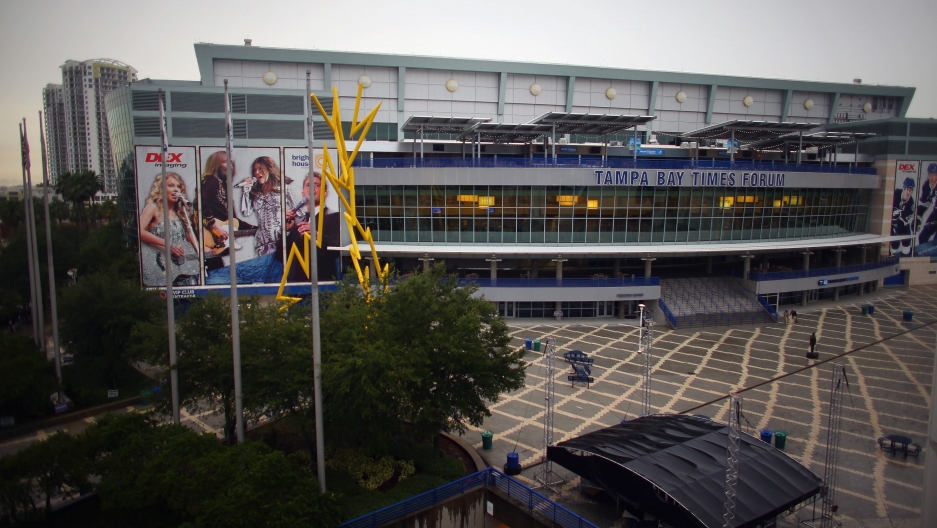 Well this is awkward. The Republican Party will host its "We Built This!" night during next week's GOP convention at a government-funded stadium.

The Tampa Bay Times Forum arena, home to the Tampa Bay Lightning, was built in 1996 as the “Ice Palace” with 62 percent government funds, according to 2011 financial statements from the Tampa Bay Sports Authority.

Records show the total budget for the arena was $139 million. Of that, public money accounted for about $86 million while team funding made up the remaining $53 million.

GOP officials announced the "We Built It!" theme for next Tuesday night as both a nod to entrepreneurship and a jab at the comments made by President Barack Obama last month that sparked controversy.

The president caught fire for telling supporters at a campaign stop in Virginia that "somebody helped to create this unbelievable American system that we have allowed you to thrive. Somebody invested in roads and bridges. If you've got a business, you didn't build that. Somebody else made that happen."

Records show the Tampa Bay Times Forum arena is actually owned by Hillsborough County, which then leases it back to the sports authority, according to Media Matters for America.