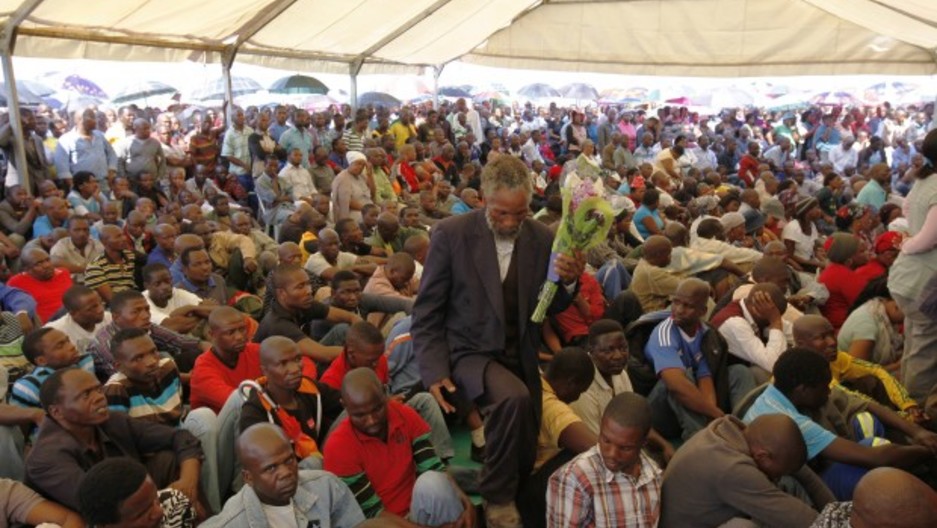 Share
Thousands of people packed a memorial service for 34 South African mine workers. They were shot by police in a dispute over pay. Host Marco Werman talks to the BBC's Nomsa Maseko who was at the service.