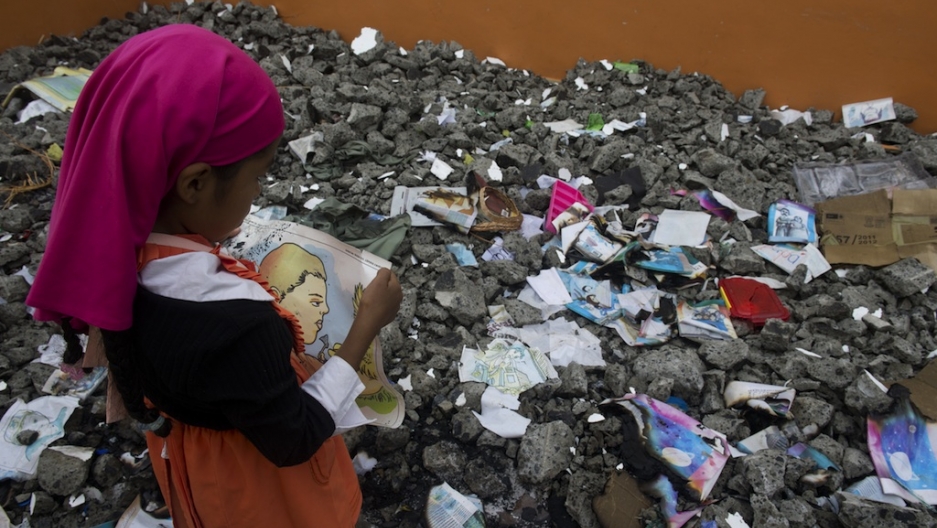 A girl wearing the style of clothes required by the Virgin of the Rosary sect in the Mexican state of Michoacan walks through the rubble of a primary school on July 18, 2012. The building was destroyed by conservative followers of the group, who claimed mainstream schools were introducing vice into their community.
Share

GUADALAJARA, Mexico – A religious sect in western Mexico is blocking access to public schools in their walled community.

Followers of the Virgin of the Rosary, which is based in the township of Turicato in Michoacan state, is refusing to allow hundreds of students and teaches to enter schools in the sect’s compound of New Jerusalem, the BBC reported.

The sect was founded in 1973 by a renegade Catholic priest who opposed the modernization of the Catholic Church, such as the ending of masses in Latin, the Associated Press reported.

In July, members of the group destroyed government school buildings in the compound after a leader claimed she had received a message from the Virgin Mary ordering the destruction of the buildings.

According to Agence France-Presse, the school buildings were used by children of about 300 dissidents, who split from the more conservative majority of the sect in 2006.

On Monday, the first day of the new school year, fist fights broke out between sect supporters and locals who wanted their children to attend other schools.

CNN reported that sect leaders said they were not opposed to education per se, but mainstream schools were being used to introduce vice into their isolated community.

They want to appoint their own teachers and set their own curriculum.

Authorities are negotiating with the sect to try to resolve the stand-off, La Jornada reported.