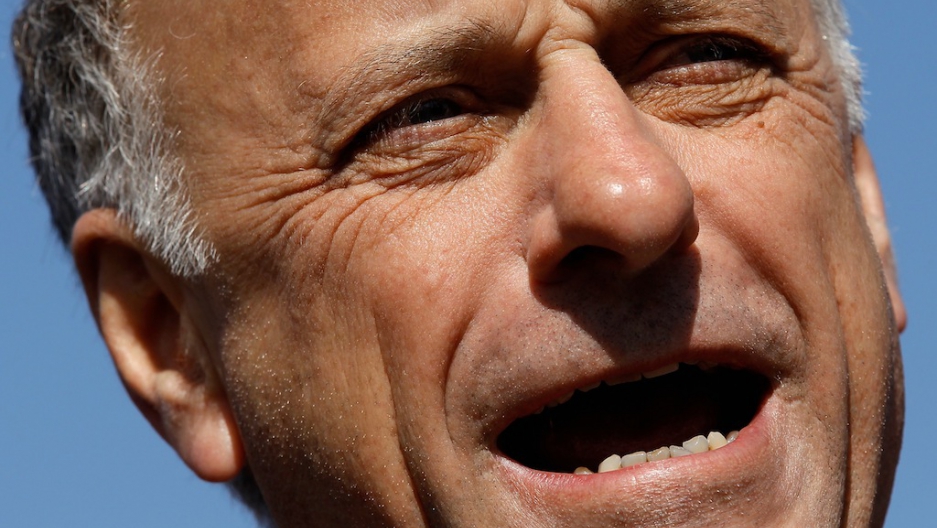 Rep. Steve King speaks at a news conference on the first day of Supreme Court hearing on the constitutionality of the Patient Protection and Affordable Care Act March 26, 2012 in Washington, DC.
Credit: Chip Somodevilla
Share

"You support the No Taxpayer Funding for Abortion Act that would provide federal funding for abortions to a person that has been forcefully raped. But what if someone isn’t forcibly raped and for example, a 12-year-old who gets pregnant? Should she have to bring this baby to term?"

"Well I just haven’t heard of that being a circumstance that’s been brought to me in any personal way and I’d be open to hearing discussion about that subject matter. Generally speaking it’s this: that there millions of abortions in this country every year. Millions of them are paid for at least in part by taxpayers. I think it’s immoral for us to compel conscientious objecting taxpayers to fund abortion through the federal government, or any other government for that matter. So that’s my stand. And if there are exceptions there, then bring me those exceptions let’s talk about it. In the meantime it’s wrong for us to compel pro-life people to pay taxes to fund abortion."

King would later say the liberal media had distorted his words.

“The liberal press and their allies have again twisted my words,” he said in a statement. “I never said, nor do I believe, a woman, including minors, cannot get pregnant from rape, statutory rape or incest. Suggesting otherwise is ridiculous, shameful, disgusting and nothing but an attempt to falsely define who I am.”

King told KMEG-TV on Monday that “this election should be about, how did Todd Akin vote and what did he vote for and what did he stand for.” He said Rep. Todd Akin is “a strong Christian man, with a wonderful family.”

Mitt Romney said in a statement he thought Akin should drop his Senate bid. Akin said he is staying in the race.