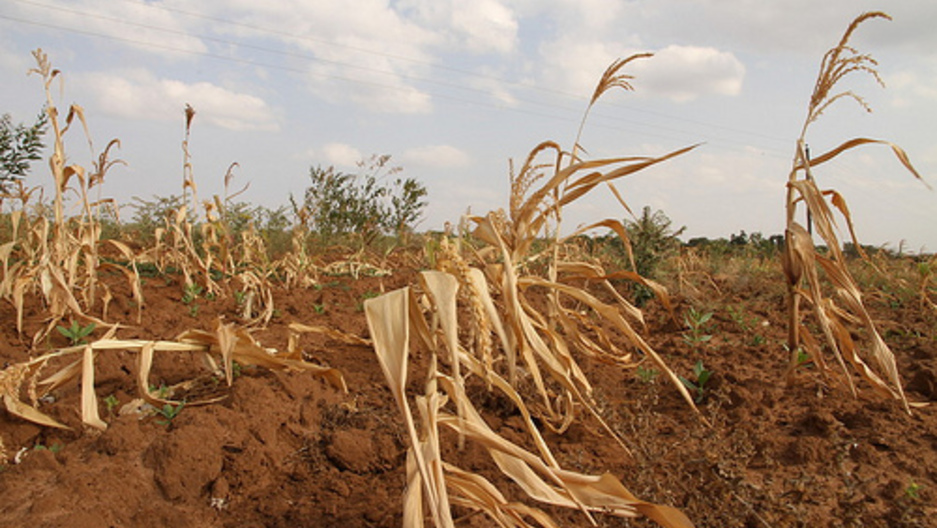 About 55 percent of the continental U.S. experienced moderate to extreme drought conditions at the end of June. (photo by Giro555 via Flickr CC.)

The United States is currently in the throes of the worst drought since the 1950s, but that hasn't changed the fact that the average American each day uses 99 gallons of water at home.

During times like these, people listen when they are told to limit lawn-watering and car-washing. But the water still flows when they turn on the tap, and the prices of water don't change.

When the drought is over, Americans' wasteful ways return and water remains an invisible and largely ignored resource.

Charles Fishman, author of "The Big Thirst: the Secret Life and Turbulent Future of Water," says the current drought could be used as an opportunity to re-imagine the way we use and conserve water. He says now is the time to for dramatic changes, because everyone is paying attention.

"Then when the rain comes back we'll be OK," he said. "But when the next drought comes, we'll be in much better shape than we are now."

Fishman says Americans can start with their lawn-watering habits. He says 30 percent of the water Americans use at home is used outside — and more than half of its use in the summer months. That's way more than they need to maintain a healthy lawn.

"If you actually start watering the lawn less, the lawn learns to grow longer roots and to let the grass grow a little higher to shade itself," Fishman said. "The lawn actually needs less water."

City officials in Las Vegas have gone as far as to ban grass lawns as a way to preserve water. A 12-year-old rule requires all new houses to have front lawns with desert landscaping. Fishman would like to see that sort of long-term reform implemented across the country.

"That's the kind of reform that doesn't fix things in Las Vegas in a day or a week or a month or even a year," he said. "But 10 years from now, when that rule has been in place 20 years, maybe half the homes or a third of the homes won't require lawn-watering out front."

Fishman says the price of water should also be increased to help discourage wasteful use. Like rising gas prices, higher water prices would send an urgent message to consumers.

"Big water users would quickly see how easy it is to use less water if you even think about it a little bit," he said.