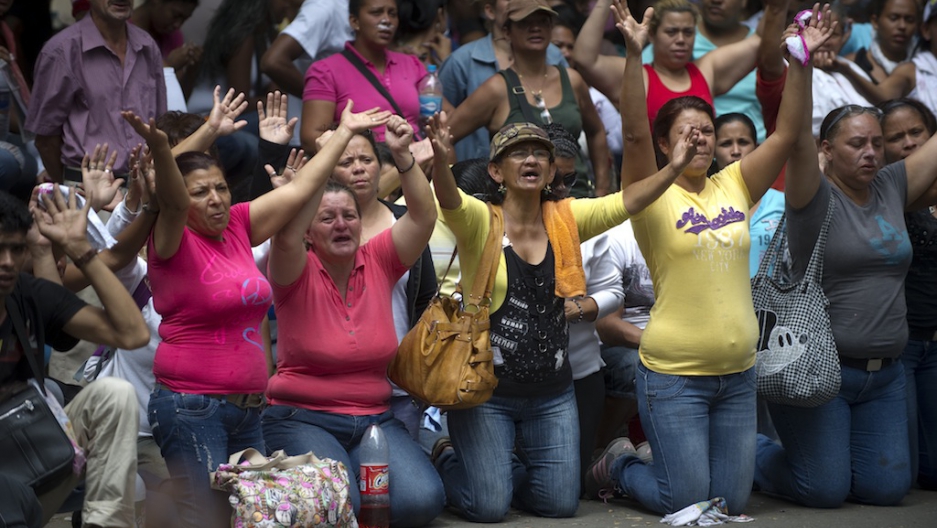 Relatives of inmates kneel during a demonstration after a riot in front of La Planta prison in Caracas on April 30, 2012. The authorities of the Ministry of Correctional Services are trying to negotiate voluntary transfers to other prisons.
Credit: JUAN BARRETO
Share

A riot erupted Sunday night at the Yare I prison in Venezuela, leaving at least 20 people dead. Among those killed was the relative of a prison inmate, the Associated Press reported.

The riot resulted from a fight in the prison between two rival gangs. "There was a confrontation between two heavily armed groups inside the prison," prisons minister Iris Varela said, according to BBC News.

Activists say that Venezuela's prisons have long suffered from overcrowding. The prisons have capacity for 14,000 inmates, yet in reality they house about 50,000, the AFP reported. Experts say at least 300 inmates die every year in Venezuelan prisons.

GlobalPost went inside a Venezuelan prison in May and found a number of major problems beyond overcrowding. Prisoners had easy access to drugs and some were armed with machine guns. Prison guards were nowhere to be seen. “If the guards mess with us, we shoot them,” a prisoner told GlobalPost.