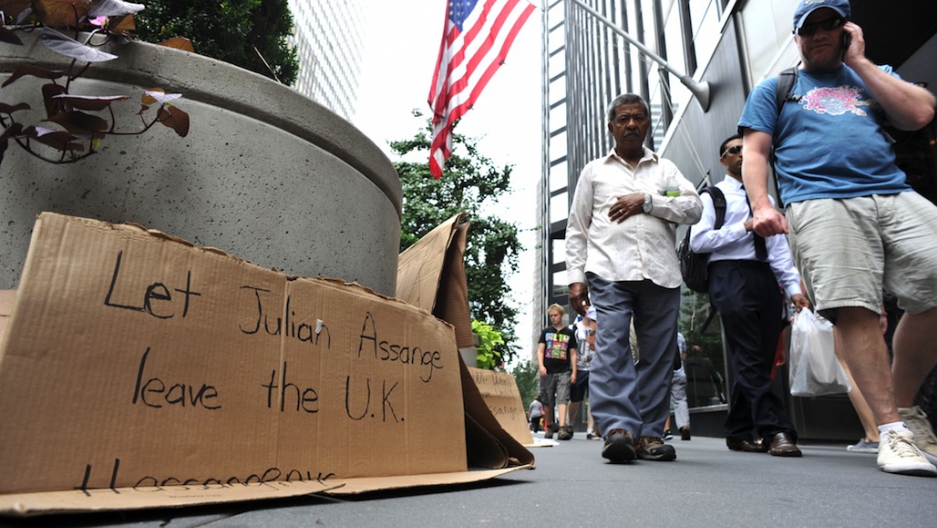 The US State Department said Monday that WikiLeaks founder Julian Assange's "wild assertions" about being persecuted by the United States are a "sideshow," the Associated Press reported.

According to the AP, spokeswoman Victoria Nuland told reporters that Assange “is making all sorts of wild assertions about us, when, in fact, his issue with the government of the United Kingdom has to do with whether he is going to face justice in Sweden for something that has nothing to do with Wikileaks.”

Assange is wanted in Sweden for questioning over allegations of committing sexual crimes. Britain's foreign ministry has repeatedly spoken of its legal obligation to extradite Assange for questioning, the reason it gave for denying Assange safe passage out of the UK last week after he was offered diplomatic asylum by Ecuador.

"He is clearly trying to deflect attention away from the real issue, which is whether he is going to face justice in Sweden.... That case has nothing to do with us, it's a matter between the U.K., Sweden and now Ecuador has inserted itself," Nuland told reporters, according to the AP.

On Sunday, Assange made a dramatic appearance on a balcony of Ecuador's London embassy to give his first public remarks since he sought refuge inside the embassy in June. He used the highly publicized moment to target the United States, imploring President Obama to "do the right thing" and declaring, "The United States must renounce its witchhunt against WikiLeaks."

Assange also said, according to the Washington Times, “the United States must pledge before the world that it will not pursue journalists for shining a light on the secret crimes of the powerful.”