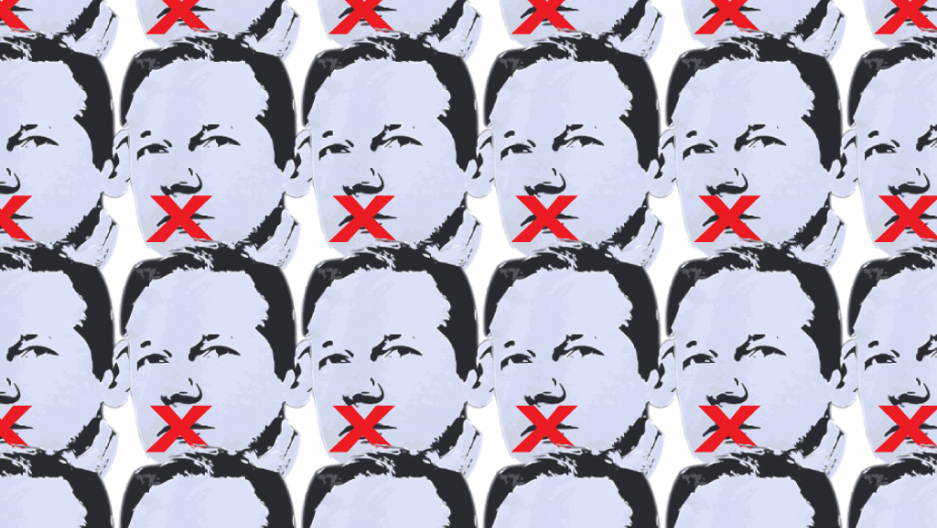 QUITO, Ecuador — As Julian Assange spoke from a balcony in Ecuador’s London embassy Sunday, journalists here wondered whether to laugh or cry.

The WikiLeaks founder claimed that “freedom of expression and the health of all our societies” was under threat and warned of a “dangerous and oppressive world in which journalists fall silent under the fear of prosecution.”

Yet, according to numerous international and Ecuadorean human rights and press freedom groups, that is exactly the scenario now unfolding in the tiny South American nation whose support the 41-year-old Australian was eulogizing.

They accuse President Rafael Correa, who last week granted asylum to Assange, of a campaign of intimidation and harassment against any media that have dared to criticize his administration.

The attacks have included the closure of radio stations and magazines, lawsuits resulting in jail terms, and constant verbal broadsides against journalists.

Correa’s detractors claim these have created a climate of fear and self-censorship — and even put lives in danger.

“The government is clearly inciting violence against journalists,” Juan Carlos Calderon, editor of investigative news magazine Vanguardia, told GlobalPost. “And there is a fear of being sued by the government. Bear in mind that the government totally controls the judiciary. Correa uses the courts like a whip. Many media have decided to just survive, and are not doing investigative journalism.”

Cesar Ricaurte, of Quito-based journalism think tank Fundamedios, agreed. “This daily hostile discourse has placed journalists in a situation of high risk and has made attacks more likely,” he said.

“Correa has adopted a systematic policy of intimidation of independent media since he was first elected but it has become more intense in the last two years.”

The president routinely refers to journalists in general as “liars,” “corrupt,” “mediocre” and, most creative of all, “ink murderers.” In recent months, he has taken to targeting individual reporters on TV, brandishing their photos, Ricaurte said.

Predictably perhaps, there have been a series of unresolved threats and attacks on journalists, including the slaying of photographer Byron Baldeon last month, the first killing of a journalist in Ecuador in years.

The murder appears to be the work of organized crime, angry at being exposed by Baldeon. Nevertheless, Ricaurte believes the killers may have been emboldened by the government’s hostile rhetoric.

Separately, the Correa administration has come out with a raft of laws making it all but impossible for independent journalists to carry out their work.

One bans electoral coverage “in favor of, or against” a candidate, party or political philosophy. Another prevents anyone owning 6 percent or more of a news outlet from having other economic interests, throttling the flow of private investment to journalism here.

A third bill, currently before congress — which is dominated by Correa supporters — would establish a committee to control editorial content.

Meanwhile, under Correa, 49, the government has concentrated TV, radio and newspaper outlets in its own hands.

It now owns three of Ecuador’s six national TV stations. That does not automatically spell trouble — after all, the BBC belongs to the British state. But unlike in the UK, those stations are directly controlled by government ministers and their coverage is heavily biased.

The president has also banned state advertising in private media — cutting off another vital source of revenue — and barred his ministers from talking to them.

An engaging leftist with an economics PhD from the University of Illinois — and a notoriously short fuse — Correa has justified his hostile stance toward independent media by claiming they have failed to serve poor Ecuadoreans.

“Does the right to communication have supremacy over other rights?” he has asked. “Or does it reflect the supremacy of capital in the media?”

Yet, although that characterization may be true of some Ecuadorean media, it fails to acknowledge the diversity of critical voices here.

“It is evident that there are enormous inequalities in Ecuador, but the private media were already talking about this before Correa came along,” Ricaurte said.

And Vanguardia, which was recently shuttered by the government for a series of alleged misdemeanors including flouting disability legislation, has a center-left editorial line. Its real sin, it appears, is to have dared to investigate Correa’s administration.

So, what does the president now hope to gain by offering Assange a safe-haven from Swedish prosecutors who want to question him over alleged sex crimes — and the supposed threat of extradition to the US where, the WikiLeaks founder claims, there is a sealed indictment against him for publishing classified secrets?

Many analysts believe Correa is positioning himself ahead of presidential elections next February, when he hopes to win a third consecutive term.

Although still the odds-on favorite, and without a consensus opposition candidate, the president has begun to show signs of weakness this year.

Voting intentions in independent polls for Correa have dropped from 50 percent at the start of the year to the low 30s, according to Calderon, although other polls, published in pro-Correa media, place his support significantly higher.

Meanwhile, the president has fallen out with many of his previous left-wing backers, including Ecuador’s powerful indigenous movement.

And despite genuine progress under Correa, public services in Ecuador, including health care, education and policing, remain problematic.

“It is much harder for him to sell his leftist discourse now than in 2006 [when Correa was first elected],” Calderon said.

“The Assange affair allows the president to avoid these realities and appeal to his base, positioning himself as someone who stands up to the US and won’t allow Ecuador to be a so-called colony.”

Over the weekend, foreign ministers from several left-wing Latin American governments, including Venezuela, Bolivia and Nicaragua, issued a joint statement expressing their solidarity with the Correa government and its decision to grant Assange asylum.

Ministers from all South American nations, left and right, were holding another emergency meeting in Ecuador on Sunday to discuss the issue and were expected to publish another joint statement.

But even as Correa steps up his defense of the fugitive Australian, independent journalists here are wondering when will they be free from persecution by an intolerant government that brooks no dissent?