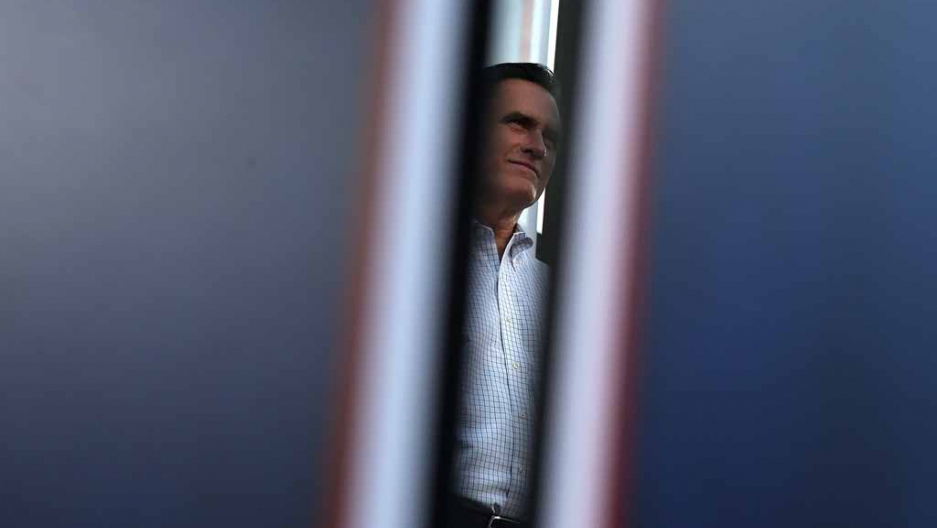 HONG KONG — China has fully occupied the old place of the Soviet Union as the go-to bugbear in American politics.

Because of its economic size, hegemonic aspirations, and oppositional stance on many human rights issues, the Middle Kingdom has fully inherited the USSR’s former role as the foil of choice for American politicians on the campaign trail.

Already in this year’s presidential campaign, both President Barack Obama and Republican candidate Mitt Romney have invoked the specter of China to hammer home points about the American economy.

But where does Romney really stand on America’s great rival? Below is a cheat-sheet of what we know about the GOP contender’s views so far.

More from GlobalPost: On the road with the 2012 US election

Consistent with Obama’s pivot toward Asia, Romney advocates beefing up the military as a central pillar of his China (and Asia) strategy. Romney’s central goal in this is that “China must be discouraged from attempting to intimidate or dominate neighboring states,” according to a recent statement on his campaign website.

He criticizes Obama’s planned military cutbacks, arguing that, if anything, America should increase its strength as a deterrent to China. “While the potential for conflict with an authoritarian China could rise as its power grows, the United States must pursue policies designed to encourage Beijing to embark on a course that makes conflict less likely,” his website says.

What does that ultimately mean? Romney's plan calls for adding 50 ships to America’s navy, doubling the number of fighter squadrons, and reconsidering sales of top-shelf military technology to Taiwan. Whether this would deter China or catalyze an arms race is, of course, an open question. Already, China has denounced Obama’s pivot to Asia as inflaming tensions in the region.

So far, Romney has only given hints at how he would approach the deepening conflict over disputed islands in the busy maritime corridors of the South China Sea.

But the clues are telling. Romney urges building up the alliance with India and strengthening ties with Indonesia. While stressing that such a move is not aimed to “build an anti-China coalition” but rather to discourage China from trying to bully its neighbors, it’s hard to imagine China interpreting it any other way.

Here things get a bit dicey. Romney’s team has proposed creating a “Reagan Economic Zone” composed of countries that support stringent free-trade principles. In theory, China could join. But as the Republicans acknowledge, this is unlikely — adding another realm in which China could claim it is being “encircled” by Americans.

Paul Ryan, the more doctrinaire half of the GOP ticket, has taken criticism of Chinese trade practices a step further. In a speech on the trail this week, he lambasted China’s protectionist trade policies.

“They steal our intellectual property rights, they block access to their markets, they manipulate their currency,” Ryan said. “President Obama said he would stop these practices. He said he'd go to the mat with China. Instead, they are treating him like a doormat. We're not going to let that happen. Mitt Romney and I are going to crack down on China cheating and we're going to make sure that trade works for Americans.”

While this is a favorite issue for American politicians, it has yet to produce any meaningful legislative action. Whether Romney’s promise of tougher economic penalties would be decisive remains to be seen.

Team Romney makes a point of drawing a harder line here than Obama. Criticizing Secretary of State Clinton’s declaration that America would keep human rights issues separate from economic ones, Romney vows to “vigorously support” groups in China that are pushing for democracy, religious freedoms and minority rights. This particularly means helping dissidents — a big sore spot for China — and pushing for greater internet freedoms.

Paul Ryan echoes these views, saying in a speech to the Alexander Hamilton Society that it is clear China has “different values,” and that “a liberalizing China is not only in the interests of the world, but also in China’s own best interest as it copes with the tremendous challenges it faces over the next couple of decades."

If carried out, these measures could, perhaps, spur reform, but would be equally likely to prove a major stumbling block with China.

Symbols of national greatness, the moon

Now to the important stuff. At a recent campaign stop, Romney made clear that he thinks America has China beat in terms of glory on Earth as well as in outer space. “We just won more Olympic medals than any other nation on earth,” he enthused, swiveling quickly to praise for NASA’s successful landing on Mars. Then he worked in a bit of mockery for China’s beloved space progam.

“I know that China is planning on going to the moon, and I hope they have a good experience doing that,” he said. “I hope they stop in and take a look at our flag that was put there 43 years ago!”