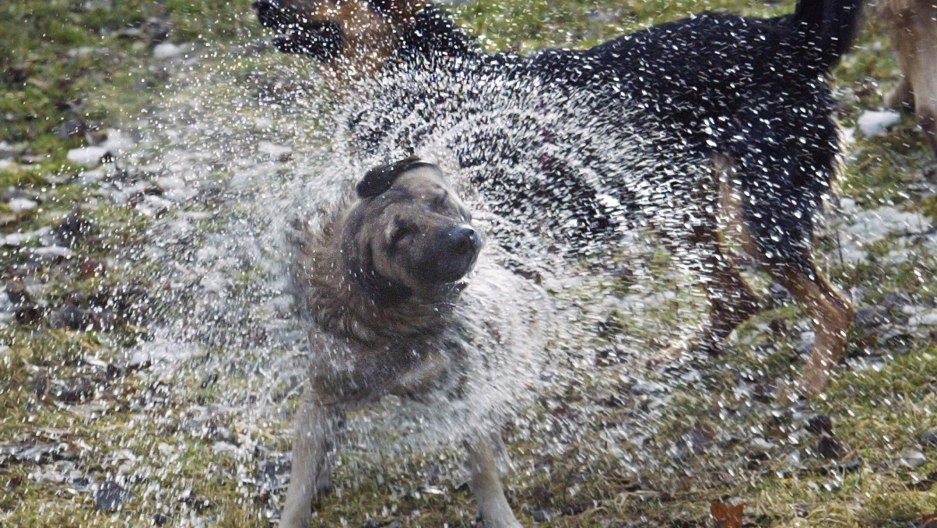 A wet dog shaking itself dry is in fact a feat of evolution says a new study.
Credit: Daniel Mihailescu
Share

Fur-covered mammals can shake themselves dry in under a second, says new research.

Researchers at Georgia Tech looked at the drying habits of 16 mammals such as dogs, lions and bears and found that the smaller the animal, the faster it is able to shake itself dry.

The study, which looked at the shaking speeds of 16 species of 33 mammals, from mice to lions to bears, found that the smaller the animal, the faster it must shake to dry its fur.

Researchers posit that the shaking dry was an evolutionary response.

"We think this has been evolving over millions of years of time to become so good," said study author David Hu, who specializes in biolocomotion at Georgia Tech, reported Live Science.

"Imagine if you could come out of the shower and, instead of using a towel, you could just press a button and in one-thirtieth of a second you're 70 percent dry."

Hu likened animals' problem to falling into a lake fully-clothed in the middle of winter and not being able to get your clothes off, said Live Science.

The study also suggests that the animals' loose skin may have developed for this purpose of whipping back and forth to get dry.

GlobalPost reported on Hu's last fascinating study that asked how tiny mosquitoes are not crushed by raindrops as they fly.