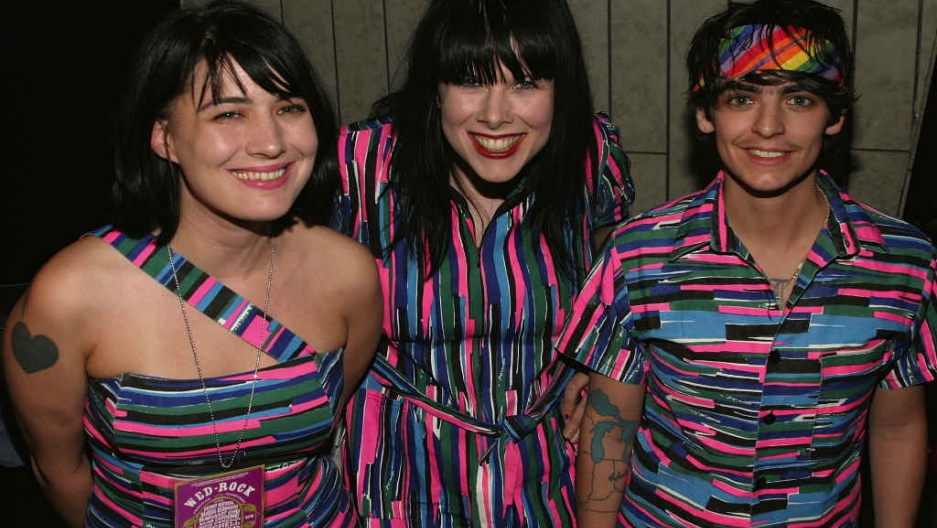 Russian punk band Pussy Riot has been charged with hooliganism for singing anti-Putin protest songs in Moscow's main cathedral. The stir Pussy Riot has created in Russia sets the group apart. But outside of Russia, political punk has become something of a tradition.

Musical political protest has been going on for centuries around the world. Yet Pussy Riot can be seen as a continuation of a far more specific musical movement -- Riot Grrrl, a 90s counterculture movement that helped create the feminist punk scene.

It started in the Pacific northwest of the US with bands like Bikini Kill, but the movement traveled across the Atlantic to England with groups like Huggy Bear.

The message? Feminist empowerment through punk music. It was about political and ethical do it yourself—tearing down masculine standards and creating one’s own view point, establishing a non-hierarchical approach to music and life, fighting sexism and empowering women.

The name, Riot Grrrl, was originally the title of a zine produced by bands Bikini Kill and Bratmobile. It was through these writings that the Riot Grrrl movement cemented itself as ideological as well as musical. The bands not only wrote songs expressing their philosophy of feminism and equality, but also published articles on their political ideology. They even wrote a manifesto. Here are few key parts:

BECAUSE we don't wanna assimilate to someone else's (boy) standards of what is or isn't.

BECAUSE we know that life is much more than physical survival and are patently aware that the punk rock "you can do anything" idea is crucial to the coming angry grrrl rock revolution which seeks to save the psychic and cultural lives of girls and women everywhere, according to their own terms, not ours.

BECAUSE we are interested in creating non-hierarchical ways of being AND making music, friends, and scenes based on communication + understanding, instead of competition + good/bad categorizations.

BECAUSE doing/reading/seeing/hearing cool things that validate and challenge us can help us gain the strength and sense of community that we need in order to figure out how bullshit like racism, able-bodieism, ageism, speciesism, classism, thinism, sexism, anti-Semitism and heterosexism figures in our own lives.

BECAUSE we are angry at a society that tells us Girl = Dumb, Girl = Bad, Girl = Weak.

BECAUSE I believe with my wholeheartmindbody that girls constitute a revolutionary soul force that can, and will change the world for real.

Like Pussy Riot, Riot Grrrl groups also faced criticism from people who loudly disagreed with them. In response to cries of “sluts,” many Riot Grrrl band members would write the word on their arms with lipstick, coopting the term for themselves.

You might know more Riot Grrrls than you think. Here’s a quick list of musicians who have identified as part of the movement:

Some even consider artists such as PJ Harvey and Hole to be a part of the movement.

Check out Bikini Kill below: