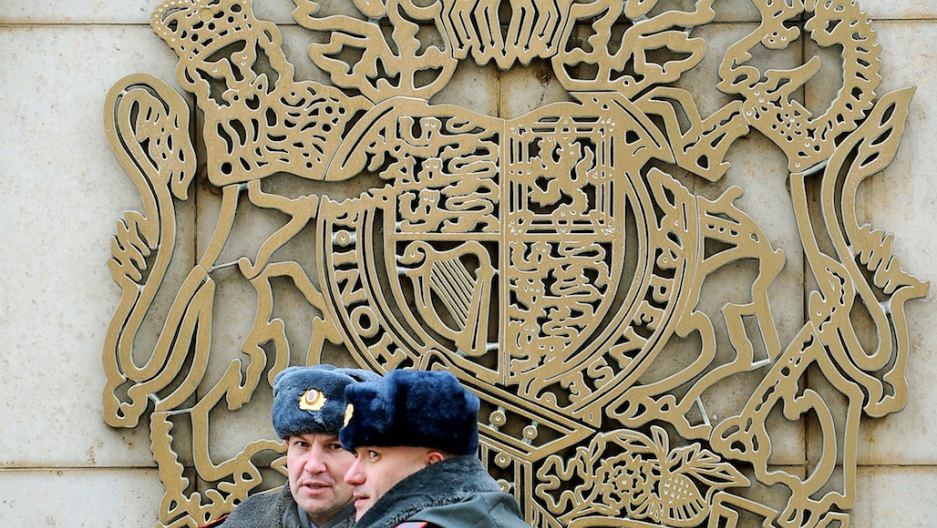 Russia on Friday inserted itself in the diplomatic row over the fate of WikiLeaks founder Julian Assange.

Russia's foreign ministry issued a warning to Britain for suggesting that it might arrest Assange within the grounds of Ecuador's London embassy, AFP reported.

"What is happening gives grounds to contemplate the observance of the spirit and the letter of the Vienna Convention on Diplomatic Relations, and in particular the Article 22 spelling out the inviolability of diplomatic premises," AFP reported the Russian foreign ministry to have said.

More from GlobalPost: Assange asylum legal redux: what are we really talking about, here?

Ecuador and the UK have engaged in an increasingly public battle over the fate of Assange, whom Ecuador offered diplomatic asylum on Thursday. Meanwhile, Britain is legally obligated to extradite Assange to Sweden for questioning over sexual assault allegations, but has been denied access to him since he sought refuge in Ecuador's London embassy two months ago.

Asylum and extradition issues are a sore subject between Russia and the UK, according to AFP, who reports that Russia has "for years sought the extradition of top Kremlin critic Boris Berezovsky as well as several other figures."

Also on Friday, the state-funded news outlet Russia Today was hit by a cyber attack for which an anti-Wikileaks group claimed responsibility, according to CBS' ZDNet.

AntiLeaks implied on Twitter that it launched the denial-of-service attack against the Russian news outlet in connection with the impending imprisonment of members of Pussy Riot, punk performers who were sentenced Friday to two years in prison for an act of protest against President Vladimir Putin inside a church.

Yes. We are behind the DDoS attack on #RT_com. #FreePussyRiot