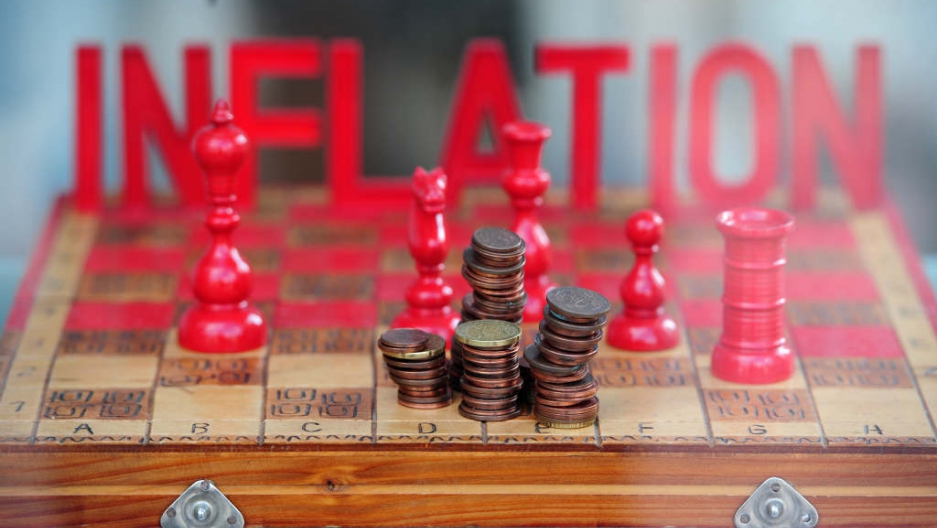 BERLIN, Germany — Peggy Schmidt is worried. The economy may be booming, she says, but “everything” is becoming more expensive. That’s affecting sales at the family-owned bakery in the small town of Angersmuende, 50 miles north of Berlin where she works as a sales assistant.

“Everything we buy has increased in price, so we have to raise our prices,” she says. “People can’t afford as much, so they buy less than they did a few years ago.”

Schmidt, who says her own wages haven’t kept pace with rising prices, worries about “how we’ll be able to afford things in the future.”

She’s not alone. Last year, the rising cost of living was the top worry among Germans asked in an annual poll to name their greatest fears. Sixty-three percent said they were most concerned about inflation, as most have since 2000 — apart from 2003 and 2009, when worries about the worsening economic situation topped the list.

In the 1990s, by contrast, the top fears were unemployment and serious illness.

The irony is that post-war Germany has seen its lowest inflation rates during the past decade, an average of 1.5 percent from 2000 to 2010. Even today, inflation comes to only 1.7 percent, compared to a euro zone average of 2.4 percent.

Some economists argue more inflation in Germany would actually help ease the euro crisis by devaluing the currency, enabling struggling countries to regain some competitiveness.

However, after two key officials — Finance Minister Wolfgang Schaeuble and Bundesbank economics chief Jens Ulbrich — suggested in May that the country could live with slightly higher inflation, the influential daily Bild newspaper screamed an immediate response from its front page: “Inflation Alarm!” The headline accompanied a photo of a trillion-mark note from the hyperinflation-wracked Weimar Republic of the 1920s.

The government quickly reassured a nervous public that inflation was certainly not acceptable as a means to tackle the euro crisis. Foreign Minister Guido Westerwelle took to parliament’s floor to establish that price stability was a “core concern” for the government. “Printing money can’t be an answer,” he said.

As the EU’s richest country, Germany has the biggest say in rescuing the euro, for which it would have to pay the most. But it has consistently opposed calls for more comprehensive solutions, including making the European Central Bank, the ECB, anything like a lender of last resort, arguing that it should not step beyond its mandate to maintain the euro’s stability by keeping inflation below an annual 2 percent.

Why are Germans so nervous about their money losing value?

The most common explanation raises the legacy of hyperinflation in 1923, when workers in the industrial Ruhr region went on strike after French and Belgian troops occupied the industrial region over Germany’s failure to pay reparations from World War I. The government cranked up the printing presses to pay the workers, prompting the mark to plummet.

Images of people carting cash in wheelbarrows to pay for loaves of bread are supposedly seared on the collective memory, making Germans singularly averse to anything remotely reminiscent of the period when millions lost their savings.

Not everyone is convinced. Historian Jochen Hung says the image of Germans as “totally traumatized by some historic event” is a stereotype. “It may have [been] true until maybe 10 or 20 years ago, but I don’t think it’s a good explanation for something as complicated as monetary policy.”

He believes evoking the 1920s makes the German aversion to inflation appear irrational, and points to other reasons that “aren’t as sexy.”

Many more Germans than Americans rent their homes instead of owning them. Inflation pushes up their rents instead of increasing the nominal value of their assets.

They are also a nation of savers, with a savings rate estimated at more than 10 percent a year. Hung traces the tendency to northern Germany’s Prussian and Protestant cultural heritage. “Frugality is seen as very positive and debts as sinful,” he says.

However, those arguments do little to explain concern about inflation that’s been relatively weak.

Some point to the failure of wages to keep up even with Germany’s modest inflation.

“Germany is the only country in the Organization for Economic Cooperation and Development that saw real wages fall during the last decade,” says Fabian Lindner of the Macroeconomic Policy Institute.

High unemployment and far-reaching labor and welfare reforms have kept wages low for much of the past decade. That has started to change, as unions empowered by a tight labor market have managed to negotiate significant wage increases in many sectors.

However, many still work in an expanding industry of low-income and contract jobs, particularly in the service sector — which means they live in precarious circumstances.

“People feel they have less money in their pockets, and they blame inflation,” Lindner says. “Some politicians and economists have exploited that to make populist arguments against further help for the euro zone.”

Adalbert Winkler of the Frankfurt School of Finance and Management is one of the few German economists who believes the ECB’s buying more bonds from struggling countries would not cause inflation.

“In a financial crisis, people want to hold more money, to protect themselves,” he says. “If the central bank is providing the money, that does not trigger inflation.”
He believes ingrained German fears of inflation are misplaced.

As signs emerge that the euro crisis may be beginning to hurt the German economy, Winkler says other risks are much more serious, including deflation and depression. If the ECB doesn’t take a more robust approach to solving the euro crisis, he says, Germans’ savings will face a very different threat.

“People are led to believe that you can keep your deposits safe in a financial crisis,” he argues, “and only the others, Wall Street or the City of London, lose.”

But since the German private sector is the biggest creditor of public and private sectors in crisis countries, German savings are hugely vulnerable if any of those countries default. “People don’t seem to grasp that if Spain collapses, then our banking sector — without help from the government or the central bank — would almost certainly collapse as well.”

More from GlobalPost: Euro crisis: Growing up hungry in Greece