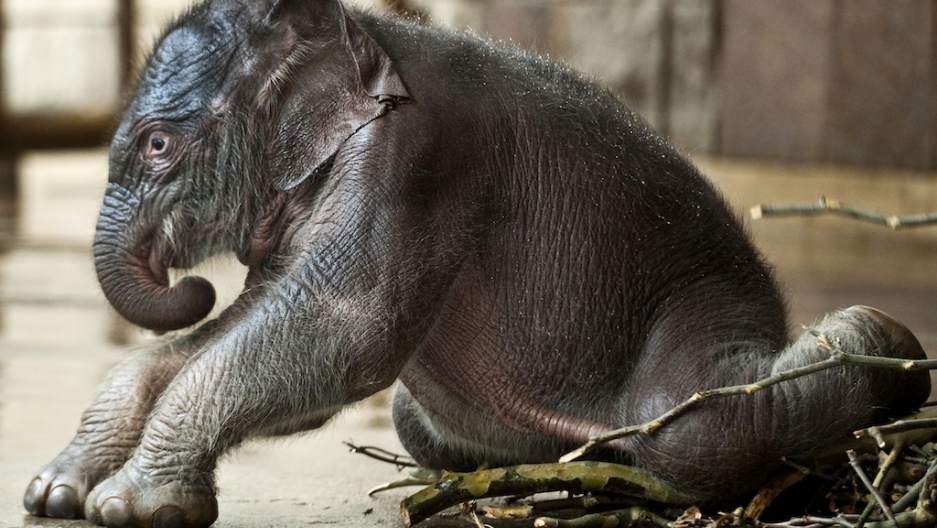 Newborn elephant baby 'Dimas' tries to get up in its enclosure on March 19, 2010 at the Tierpark Berlin-Friedrichsfelde zoo.
Credit: Timur Emek
Share

The Berlin Zoo had a baby!

Her name is Anchali, and she's an adorable, cute, lovable and cuddly (did I mention cute?) 350 pound elephant calf.

The pregnancy, according to the Telegraph, lasted 654 days.

ABC reported the zoo's staff is trying to help Anchali avoid a common virus that has previously killed three elephant calves at the Berlin Zoo.

It's called the elephant endotheliotropic herpesvirus. And it's horrible.

About 80 percent of calves who contract the virus before the age of 8 die of internal hemorrhaging, Mother Nature Network reported.

But right now everything is fine. Anchali is perfectly healthy.

Here's raw footage of Anchali with her mother. Awwwww:

Here's more footage of a baby elephant. Why? Because one video isn't enough: