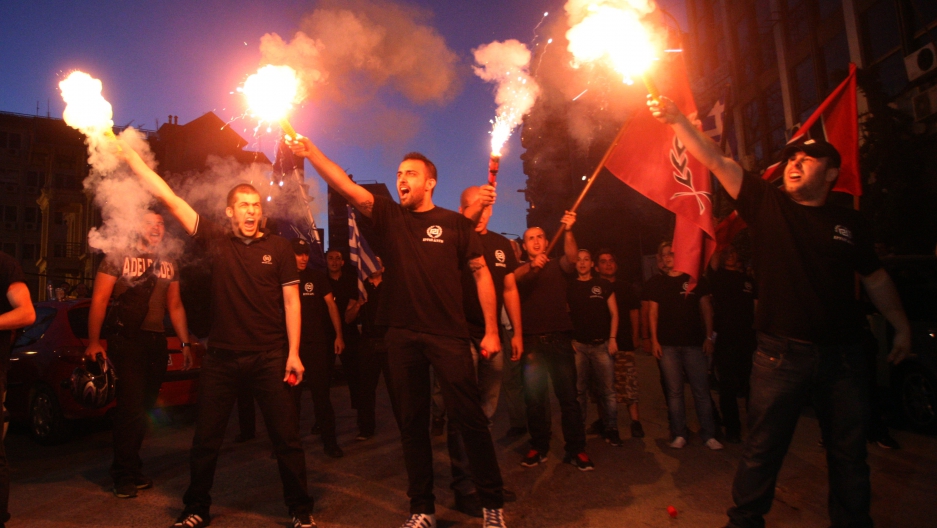 A tumultuous week in Greece this week as racist murders and a firebombing have broken the relative calm.
Credit: Sakis Mitrolidis
Share

Greece this week plunged further into conflict with the racially motivated killings of migrants and a firebombing of Greece's ultra right-wing party headquarters.

The murders and firebombing shook the capital where right wing extremists have challenged their left-wing counterparts for control of media headlines.

First, an Iraqi man was beaten and stabbed to death in downtown Athens on Sunday by followers of the right-wing Golden Dawn party.

It was reported by the Associated Press that a Moroccan and Romanian were likely attacked by the same five men just before the death but managed to escape.

Reuters estimated that at least 500 migrants have been attacked in the last six months alone, mostly in the capital, with many of the attacks linked to followers of the ultra-right Golden Dawn (Chrysi Avgi) party.

Twenty migrants were reportedly stabbed in the last three weeks alone - the vast majority in Athens.

A day after the killing of the Iraqi man, the Golden Dawn headquarters in a tranquil suburb of Athens was firebombed, in a move likely perpetrated by Greece's militant left-wing

The attack caused minor damage to the building and did not result in any injuries, said ABC News.

Tension over massive illegal immigration into Greece has been steadily growing as the economy falters.

GlobalPost reported that the Greek government said that it had detained 6000 migrants in the last few weeks and has planned to deport 1600 of them.

The ultra-right Golden Dawn has seen its popularity surge during the Greek economic crisis.

The facist party won 18 out of the Greek Parliament's 300 seats during the June elections on an anti-immigrant, nationalist platform.

On Tuesday, a Tunisian man was also stabbed to death in Greece's second city, Thessaloniki, which has, until now, been spared most of the recent upheaval.

Yet, police say that that death was likely the result of a quarrel with other migrants, said the Greek Reporter.