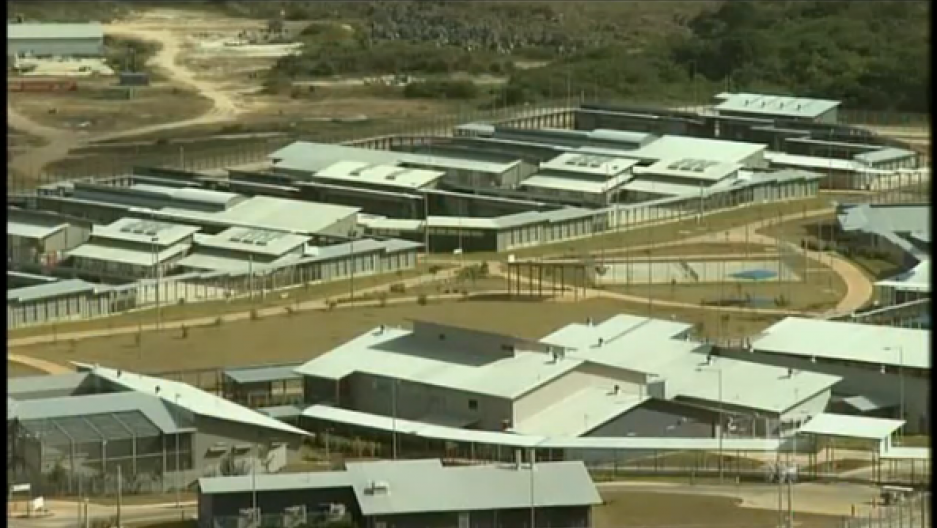 A group of Palestinians left Indonesia to seek asylum in Australia at the end of June. They haven't been heard from since and the government says they're not in a government detention facility, pictured. (Photo from ABCau video.)

Australia has a refugee problem. Every year thousands of would-be asylum seekers pay smugglers to ferry them by boats to Australia.

Many die trying to make the illegal journey.

It has been a hugely divisive issue in Australia and Monday Australian Prime Minister Julia Gillard endorsed a plan to re-open a controversial detention center on the island nation of Nauru and on Manus Island, in Papua New Guinea. Opposition politicians quickly endorsed the proposal, clearing all the hurdles for off-shore processing to begin.

According to Australian media reports, Australian soldiers were to be dispatched as early as Friday to Nauru to establish tent cities where refugees could be housed while their asylum applications are heard. More permanent accommodations are planned, but Gillard expressed concern that any delay could serve to increase the flood of refugees.

''I am concerned people smugglers might try to exploit this window,'' she said to the Sydney Morning Herald. ''The sooner this is legislated the better.''

Gillard said she expected the facility on Nauru to be open within a month.

The initial facilities will be expected to hold as many as 2100 people, the Herald Sun reported.

The new plan also eliminates a Gillard policy of allowing individuals that are granted asylum from bringing other families to Australia to reunite with them.

Some 300 asylum seekers have drowned as Australia has struggled to get a handle on its immigration policy.