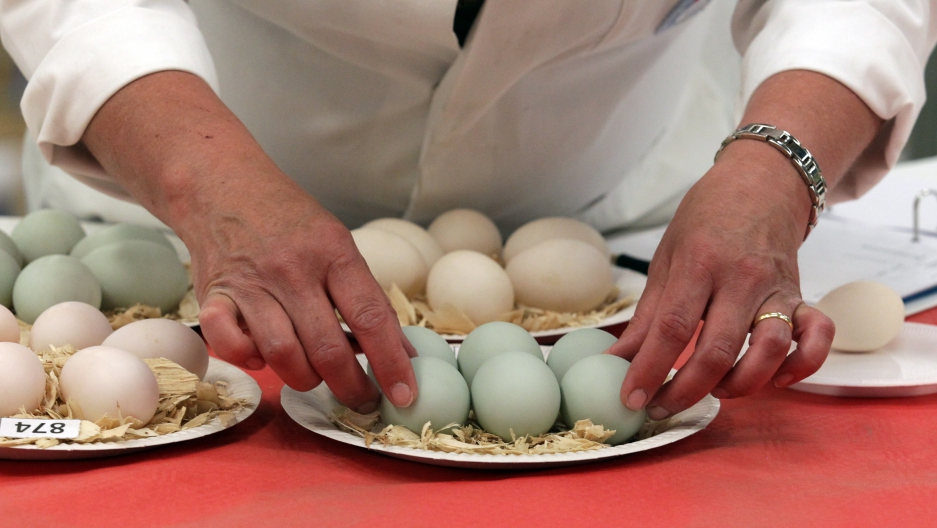 A new study shows that eggs are as dangerous for the arteries as smoking.
Credit: Matt Cardy
Share

Eggs may be as bad for your arteries as smoking says a new Canadian study.

In a blow to hens, researchers at the Unversity of Western Ontario found that both smoking and egg consumption independently caused plaque in human arteries to exponentially increase.

The Atlantic reported that the study showed egg consumption had two thirds of the effect of smoking on artery health.

The study looked at over 1200 patients with an average age of 62.

The volunteers had the plaque in their arteries measured and then had their lifestyles surveyed.

Medical Daily said that those who smoked or ate at least three eggs per week were found to have exponentially higher plaque.

“The mantra ‘eggs can be part of a healthy diet for healthy people’ has confused the issue," said David Spence, a professor of Neurology at Western University, according to Medical Daily.

"It has been known for a long time that a high cholesterol intake increases the risk of cardiovascular events, and egg yolks have very high cholesterol content. In diabetics, an egg a day increases coronary risk by two to five-folds."

This new study adds to the bad news about protein-packed eggs, which the National Heart Blood and Lung Institute has already said should only be consumed about four times weekly - including in processed foods.