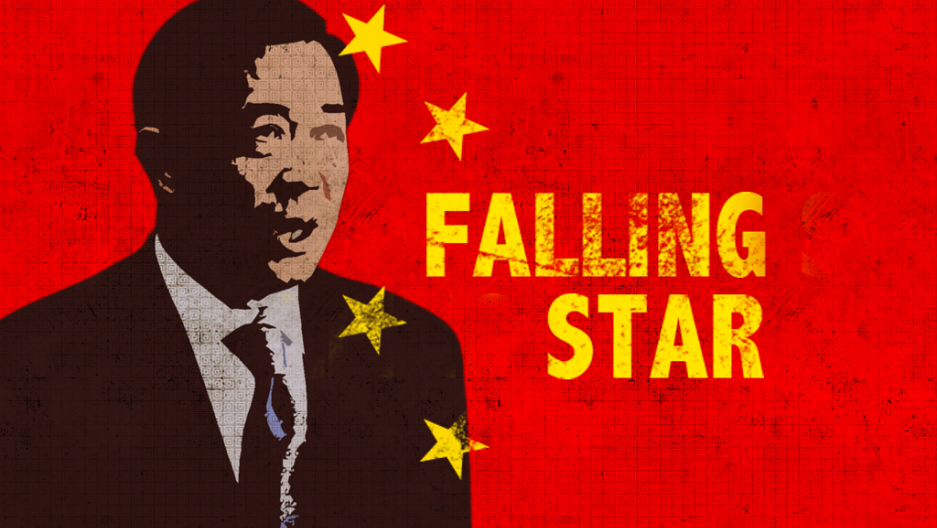 TAIPEI, Taiwan — China’s most politically gripping trial in decades lasted just seven hours last Thursday — a brevity intended to minimize damage to the shroud of secrecy under which the country’s political elite operate.

Instead, it raised more questions than it answered, particularly about the political future of one of modern China’s most politically ambitious figures, Bo Xilai.

According to trial notes released by state-run Xinhua news service, Gu Kailai — Bo’s wife, and the daughter of a revolutionary hero — admitted to a Hefei court that she poisoned Neil Heywood with the help of family aid Zhang Xiaojun.

Prosecutors said Gu poured cyanide into the mouth of the 41-year-old British businessman in a Chongqing hotel room on Nov. 13 because she was mentally unstable and the Briton had threatened her son over a land deal gone wrong.

"The case has produced great losses to the Party and the country, for which I ought to shoulder the responsibility, and I will never feel at ease. I am grateful to the humanitarian care shown to me by those who handled the case," she said, according to the Beijing-based newswire.

The fallout from the scandal in the run up to a transition of power later this year, has ripped open the secretive and often brutal world of factional party politics.

Bo, a rising star as boss of megalopolis Chongqing at the time of the murder, was openly pushing for a spot on the nine-member Politburo Steering Committee before those hopes were derailed by the pulp fiction-worthy scandal.

Four senior police officers from the city also went on trial for allegedly covering up the crime. Former right-hand man Wang Lijun, who revealed the murder when he fled to the US Consulate in Chengdu in February, hasn’t been seen since security personnel reportedly whisked him off to Beijing. Insiders say that Wang will likely be charged with treason.

Bo, who is also a scion of Communist Party royalty, was removed as Chongqing party chief in March and suspended from the politburo the following month, pending investigation for "serious disciplinary violations."

But some insiders have questioned the trial as little more than political engineering to minimize damage to Gu and her husband while shifting blame to those with less political clout. They say that Gu was painted as a mother protecting her cub, while her defense attorneys say that Heywood should shoulder some responsibility for his own murder.

"This case has been like a huge stone weighing on me for more than half a year. During those days last November, I suffered a mental breakdown after learning that my son was in jeopardy. To me, that was more than a threat. It was real action that was taking place. I must fight to my death to stop the craziness of Neil Heywood," Gu reportedly said.

Gu and Zhang could both face the death penalty. Their conviction is almost certain given the political sensitivity of the trial and a judiciary that is beholden to the state.

“We have witnessed ‘justice with special Chinese characteristics,’” said Parris Chang, a former director of Penn State’s Center of East Asia Studies and deputy director of Taiwan’s National Security Council. “Apparently the PRC government doesn’t care about facts or the causes of the fallout between Gu and the Englishman. It’s trying to conceal many things which would blacken its public image.”

Meanwhile, Chang points out, “The Bo Xilai issue remains unsettled. He has been politically disgraced and his political future dashed. But the [Chinese Communist Party] leaders are still haggling about the balance of power and who gets what in the leadership.”

Bo’s faction is led by protégés of former President Jiang Zemin. The other is largely built from the Chinese Communist Youth League and is led by President Hu Jintao and Premier Wen Jiabao. Pundits say they are in constant competition for power, and the makeup of the country’s military and governing posts are often a balancing act between the two camps.

Wen and Hu are also reportedly not fans of Bo, bristling at his public ambition and new-left Maoist ultranationalist policies. Insiders also say that the maverick — nicknamed “the cannon” because of his eagerness to attack political rivals such as Hu, Wen and Guangdong party chief Wang Yang — had long been a thorn in the side of party unity.

He was thought to be at odds with China’s two ranking leaders as far back as 2007, when he sought a politburo spot and vice-premiership at the Party Congress. Bo secured the politburo seat through a compromise between the two camps, but was banished to Chongqing in a bid to negate his influence and power.

But once there, Bo began courting media attention and publicly asking for support from relatives of party heavyweights for a cabinet seat this year. This brand of campaigning is a rarity in a country where publicly seeking political office is illegal.

He also pushed for his “Chongqing model” to be used on the national level. While it won him fans in media and China’s grassroots for building housing for the poor, waging a crackdown on organized crime and calling for a more even distribution of wealth, it was also viewed as a direct challenge to Hu’s “Guangdong model,” which covets rapid economic expansion above all else.

Those rivalries and ongoing allegations of torture and widespread corruption had left the populous firebrand vulnerable and under an internal party investigation even before his wife decided to poison the Harrow educated businessmen, who worked for a business intelligence consultancy that was started by former operatives of MI6.

“I don’t see how Bo doesn’t get charged,” said a Beijing-based diplomat, who spoke on condition of anonymity due to the sensitive nature of the case. It’s just too embarrassing, they wanted him out anyway, and his wife is saying in court that his No. 2 knew about the murder, which suggests he did to. They also used his last name when mentioning her in the press. That’s very unusual and was likely done to link him with her crimes.”

More from GlobalPost: China's red royalty: a look at the rich and privileged

But others aren’t so convinced.

General Zhang Haiyang, the head of China's nuclear weapons arsenal, was widely considered to be on political life support due to his close ties to Bo and allegations by a now exiled wealthy Chongqing businessman that he was tortured and forced to hand over payoffs by Bo’s underlings for Zhang's benefit.

However, Sydney Morning Herald reported on Saturday that Zhang’s name appeared on a list of delegates to the 18th Communist Party Congress later this year, prompting some to question whether deals have already been struck between Bo’s allies, the Hu and presumptive president, Xi Jinping camp.

“There is a deal. She won’t get death and Bo will be publicly censored and given a light sentence or house arrest. He’ll be expected to help with the upcoming power transition. Bo’s more right-wing allies will have to side with Hu’s moderates,” said a source with close ties to the security apparatus.

“You can ask why she would fall on the sword, but she doesn’t have a choice. When they negotiate a deal they use some pretty heavy weapons. They could say ‘we’ll get your son, your family, your neighbors, everybody.’”