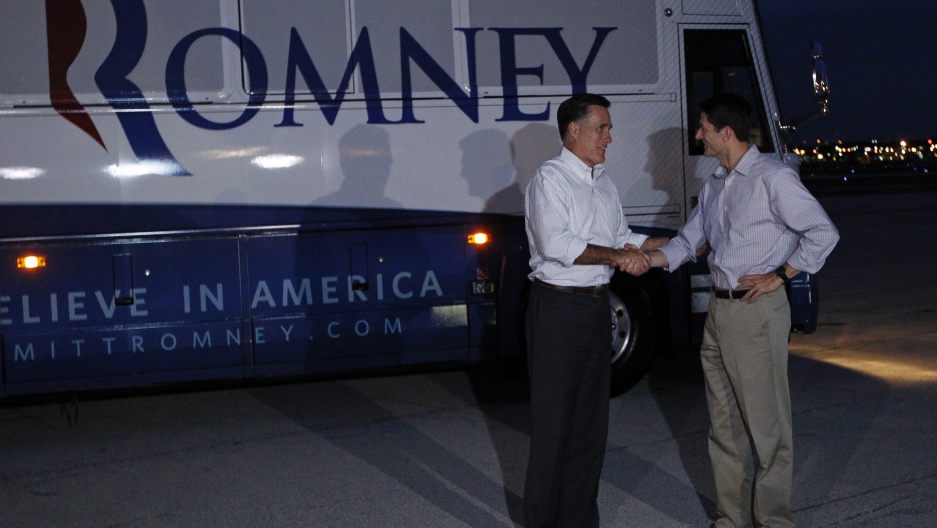 Republicans and Democrats Monday were feeling out just what the addition of Rep. Paul Ryan to the Republican ticket would mean for the presidential election.

On Saturday, Mitt Romney announced that Ryan, a Wisconsin Republican, would be his vice presidential running mate. Ryan gained acclaim within his party with his budget plan, which was touted as a prime example of a conservative economic plan.

For Republicans, Ryan is someone who can rally those who feel Romney isn't conservative enough. For Democrats, Ryan's budget, which includes potentially controversial overhauls of entitlement programs like Medicare and Social Security, makes him a controversial pick that they can use to continue their line of attack, that Romney is out of touch with mainstream America.

And while Romney expressed admiration for Ryan, in an interview with 60 Minutes on Monday night, he sought to make clear that they weren't in lock-step on everything.

President Barack Obama in his own speech on Sunday tried to link Ryan with the extremely unpopular U.S. Congress. The most recent poll, from CBS and the New York Times, found just 12 percent of Americans approve of the job Congress is doing, compared to 79 percent who disapprove.

"He's also been one who's been very willing to roll up his sleeves and to have an adult conversation about the serious issues that confront the United States," Christie said. "I think it's a pick that going to galvanize and energize the conservative base, not only in the Republican Party, but also the so-called Reagan Democrats who are looking for an alternative."

Christie said Ryan's presence on the ticket will ensure that voters know they have a choice between what he described as government that spends more and does more under Obama or does less and spends less under Romney and Ryan.

"I think it is going to be a stark and a clear contrast between two ideological and political visions. The American people will have to make a choice about how will we move forward best in the next four years," he said.