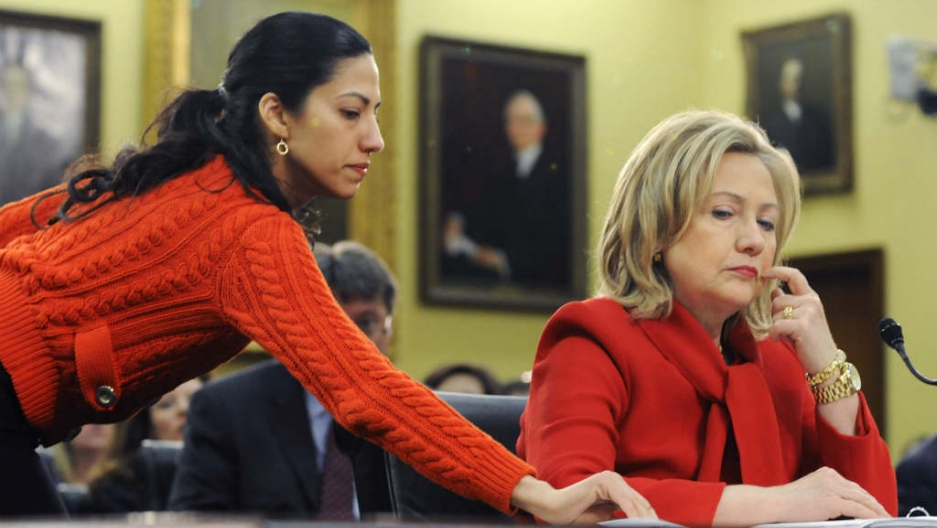 The ironic outcome of Michelle Bachman’s improbable concern regarding links between Clinton aide Human Abedin and the Muslim Brotherhood is the vociferous bipartisan support she has generated against her accusations. Senator John McCain and House Majority Rep. John Boehner, among others, have come out in support of Abedin. McCain went so far as to call the attack “unwarranted and unfounded.”

While Abedin’s credentials and visibility have afforded her support from all corners of Washington, the guilt-by-association tactics come at a serious price. They create a baseless and unfounded assumption that the loyalty of anyone working in the American government from a Muslim background somehow has a desire to further a political objective from a foreign entity. This is unfair as it is un-American, but is now par for the course when it comes to how American Muslims are viewed in the public space. The reality is that many American Muslims, particularly those born and bred here, may have no ties at all to any foreign political or social movement. This is about the fact that Islam, like previously for Judaism or ethnic affiliations like the Japanese or Chinese, is perceived as inherently un-American or anti-American.

There are scores of American Muslims working in Washington as public servants making significant and important contributions to our country. Average Americans may be surprised that many of them had actually been elected to office, while others have been appointed and some have been selected for their expertise and skills in addressing the many problems our nation faces. None of them, including Huma Abedin, deserve to have their loyalty questioned based on random or distant associations that carry no meaning and likely could disqualify any Muslim American aspiring for public office.

While this is the first time such accusations have been leveled against Abedin in a public forum, it is not the first time guilt-by-association tactics have scuttled the promising political careers of American Muslims. Some may recall in the early days of the Obama campaign Mazen Asbahi, an American Muslim lawyer, was appointed by the campaign to undertake outreach to the American Muslim community. Within days, Asbahi was forced to resign due to guilt-by-association relationships with certain individuals, none of whom was ever convicted or indicted for criminal activity in a court of law. The Obama administration feared a distraction, and Asbahi was forced to resign. He, and others like him, would never be able to garner the widespread support for Abedin. Perhaps this is why demonizing American Muslim politicians has become all too common. For the rest of us, gaining widespread support and defense of high-ranking officials in similar scenarios is unheard of.

The kind of climate created by this type of public discourse will almost invariably be viewed by future generations as a blemish on the American record, no different than the prejudice leveled against Jews, Japanese and Chinese in the 20th century. Not only do these types of accusations go against what it means to be American, but they also create the context for disenfranchisement of an entire community. This has two important negative consequences. First, it deprives the country of the expertise that American Muslims can bring to public service to address important challenges facing America. Second, it leads Muslim youth to believe they are the “other,” making it easier for radical elements to convince them that violence is a solution.

This type of rhetoric creates a sense of us versus them within America. The idea that Huma Abedin is clandestinely supporting the Muslim Brotherhood is patently absurd and an insult to the years of dedicated, selfless service she has done for our country. She deserves the bipartisan support she has received in the face of these unfounded and baseless accusations.

However, what we also need is for an end to the guilt by association tactics that prevent others from following in Huma’s footsteps. For those of us not known personally by Senator McCain and Rep. Boehner, we need to end the witch-hunt mentality against American Muslims that infects our political system.

More Huma's in the government will be a core part of reducing the level of mistrust and fear often exhibited towards minority groups in America.

Amina Chaudary is editor-in-chief of The Islamic Monthly, which will profile up and coming American Muslim in its September issue. She is host of a new podcast called “That’s Some American Muslim Life.”