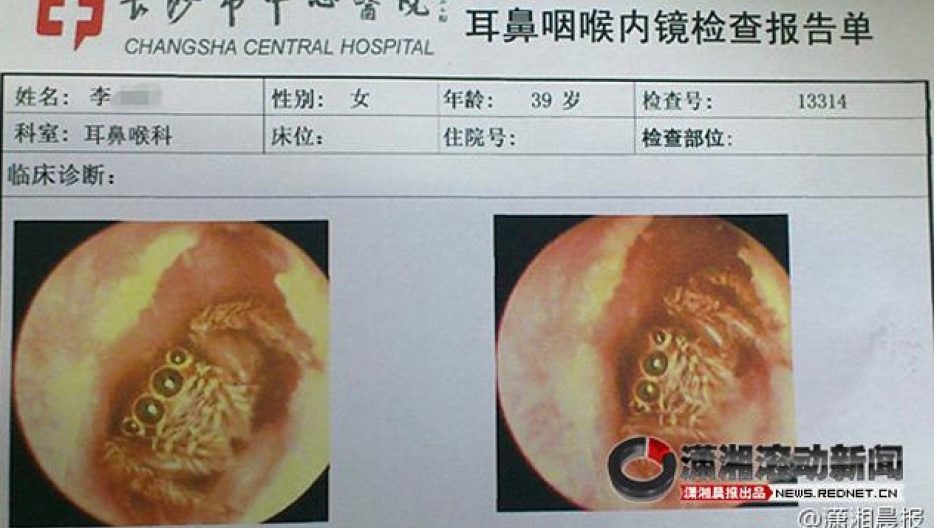 The horrifying spider that doctors found in the woman's ears. It looks surprised after being discovered.
Credit: Chansha Central Hospital
Share

A nightmarish discovery was made by doctors in China while examining a woman who came to the hospital complaining of an itchy ear.

After looking into her ear with an otoscope, doctors at Changsha Central Hospital discovered a spider burrowed deep inside.

According to the ShortList, the spider had been there for five days.

To dislodge the multi-eyed insect, doctors washed it out with a saline solution in order to avoid it going deeper or biting her.

The woman apparently wept with gratitude after the spider made a hasty retreat out of her ear, said the Daily News.

A CNN report says that warming temperatures may be increasing the number of spiders, which may inevitably end up in peoples' ears from time to time.