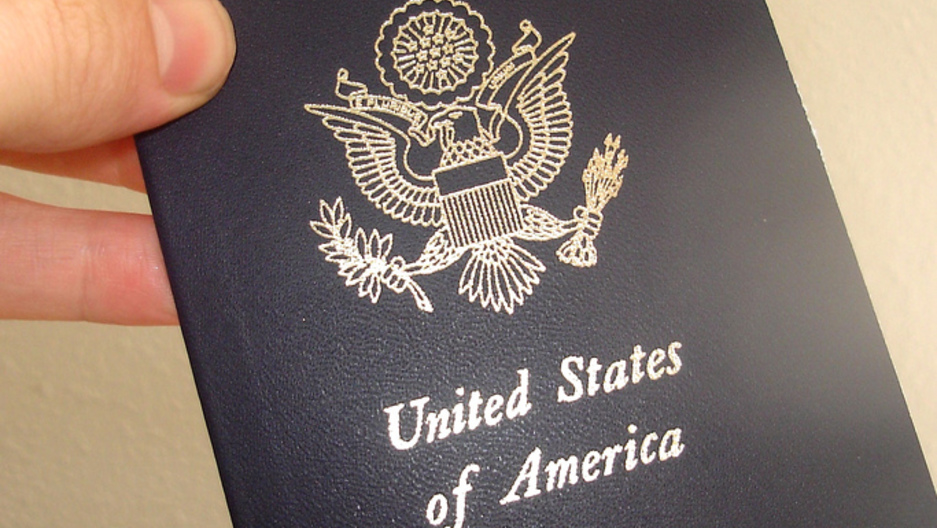 Undocumented immigrants sometimes wait years in places like El Salvador, where Charlie Garcia was killed. His sister believes he was murdered by gangs. (Photo by of chris.corwin via Flickr.)

Every year, tens of thousands of undocumented immigrants who are married to U.S. citizens apply to live legally in the United States.

They have to return to their native countries to file the application. Then they wait. That waiting period can take years in some of the world’s most dangerous countries, like El Salvador, where Charlie Garcia was killed last year while waiting for a decision in his case.

Garcia entered the United States illegally 13 years ago. He moved to Minnesota, married an American citizen, and had a son. Fearing he would be deported and permanently separated from his family, Garcia returned to El Salvador when his son was just six months old to file the appropriate paperwork. But because he had entered the U.S. illegally, Garcia was automatically barred from re-entering the country for ten years. So he applied for a waiver.

His sister, Roxana, said Garcia had been in El Salvador for a year, waiting for a decision in his case.

“Many of us even encouraged him to go back illegally, but he would say 'no.' He always had faith that his paperwork would go through. He would say ‘I know that my paperwork will be approved. I know I’ll rejoin my wife and see my son,’” Roxana said.

Police told Roxana that Garcia, their cousin, and a friend were struck by a car when they were bicycling home. She found her brother laying dead in the street. About three miles away, police found the bodies of Garcia’s cousin and friend. The police arrested and charged a man with accidentally hitting and killing all three men. The case was closed, but Garcia’s sister isn’t satisfied.

“It wasn’t an accident. It looked as if someone had shot Charlie,” she said.

Roxana said when she found her brother’s body, she saw bullet wounds in his head and his legs. She suspects he got caught in some random gang violence, and the authorities didn’t want to investigate.

El Salvador has the second highest murder rate in the world, and many of those murders are committed by gangs. Santana, where Garcia died, is one of El Salvador’s most violent cities.

Two of El Salvador’s most notorious street gangs got their start in California.

The Mara Salvatrucha — or MS-13 — and its rival, the 18th Street Gang, were both created by immigrants who decades ago fled El Salvador’s civil war.

Since this past March, when the Salvadoran branches of the gangs brokered a truce with help from the Catholic Church, El Salvador’s murder rate has gone down. Some gang members in Los Angeles even say it’s safer to go back to El Salvador.

Alex Sanchez, a former member of MS-13 now directs Homies Unidos, a Los Angeles-based group that works with Salvadoran gang members. The group promotes gang violence prevention and intervention, and even funds the removal of gang tattoos, a process Sanchez said is more symbolic than it seems.

“You’re not just shedding your skin, you’re shedding the inside of your heart," he said. "Because you believed in something so much, that you were willing to give your life or kill for letters and numbers. And now you’ve gotten to a place where you realize that what that meant wasn’t who you are."

He said the truce has made gang members facing deportation in Los Angeles more comfortable going back to their country without fear of persecution by rival gangs or vigilante groups.

But Garcia’s widow, Alyssa, said her husband was afraid the entire time.

“There were some times where he would be walking and there would be cops all over. He’d be like, ‘what’s going on,’ and there’d be a dead body by a tree or something. Sometimes he’d hear gunshots when he was inside the house,” she said.

What happened to Garcia is not an isolated case, according to Greg Chen, Directory of Advocacy at the American Immigration Lawyers Association in Washington.

“Our lawyers have sent us literally dozens of examples of people who have been going through the regular process and have either been assaulted, or kidnapped and killed. And we have many many more cases of people who have just been stuck waiting for months or years because of a process right now that just doesn’t make sense,” he said.

Those lengthy waits have prompted a proposal by the Obama Administration for a new process where undocumented immigrants who marry U.S. citizens could file their waiver applications and wait for a decision in the United States.

But Mark Recorgan, executive director of the Center for Immigration Studies, thinks it's a bad idea.

“If they apply for the waiver in the United States, and they’re turned down, then what do we do? Somebody has to go and look for them and remove them from the country, which, frankly, isn’t going to happen,” he said.

Recorgan said that while cases like Garcia’s are tragic, they shouldn’t be used to weaken the rules.

Garcia’s widow said she hopes the proposed rule change keeps others from experiencing such a terrible loss. A decision on a new rule is not expected before the end of the year.