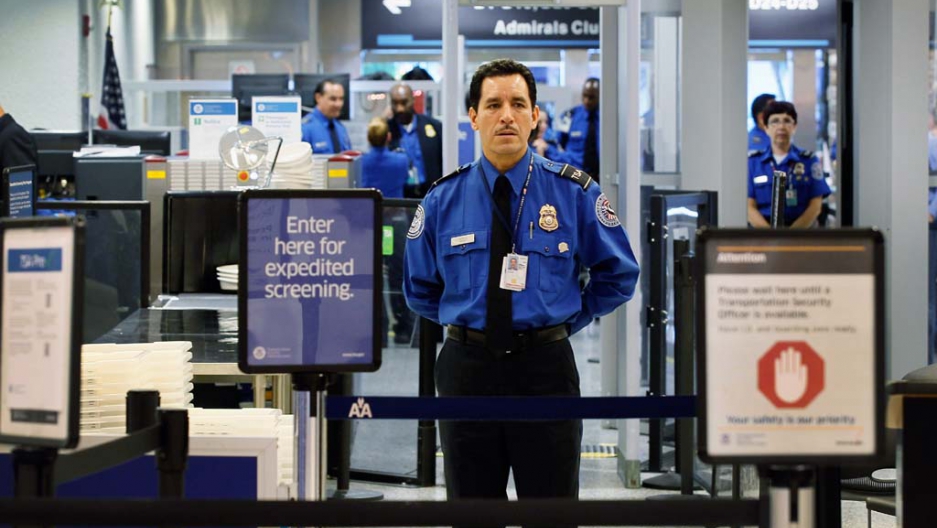 A TSA agent waits for passengers to use the TSA PreCheck lane being implemented by the Transportation Security Administration at Miami International Airport on October 4, 2011 in Miami. (Photo by Joe Raedle/Getty Images)
Credit: Joe Raedle
Share

Ever wondered what it's like to ride around on a luggage conveyor belt, deep into the bowels of the airport? Wonder no more - a 36-year-old Norwegian man has done it. Of course, he was asleep at the time.

According to the Telegraph, the man arrived at the airport and found no one manning the desk for his flight to Oslo. Feeling tired - and perhaps a bit intoxicated, as he was seen holding a beer on security cameras - he promptly curled up on the luggage belt and fell asleep. Very asleep.

The man ultimately traveled for 15 minutes through ostensibly secure baggage areas of Fiumicino airport before security officials saw him on an X-ray display.

Perhaps unsurprisingly, a senior airport police office maintained to the Telegraph that the eventful nap didn't expose any problems with Fiumiciono's security protocol - and that incidents involving "drunks or people with psychological problems" usually happen "once a year."

But the sleeping Norwegian's eventful nap wasn't the only impressive airport security breach in recent memory.

In June, the GlobalPost reported that an 11-year-old boy somehow managed to make it through Manchester, England airport security and onwards to Rome - all without an airplane ticket or a passport.

Plucky Liam Corcoran was only discovered when fellow tourists expressed concern about the very unaccompanied minor during the flight. He was made to stay on the plane at Fiumicino Airport in Rome (there it is again!) and was sent home to his doubtless-thrilled parents.

In January, a 65-year-old woman managed to pass through Dallas/Fort Worth, Texas airport security and board a flight to Houston - with her .38 caliber pistol tucked snugly away in her computer bag, reported the New York Daily News.

The woman grabbed her bag before security screeners could identify the pistol - or her - and bolted, said TSA officials, forcing security agents to lock down all five terminals of the airport in a desperate attempt to nab her.

She was charged with a third-degree felony for carrying a firearm in a prohibited location. Her attorney claims it was an "honest mistake," according to NBC.

Last summer, James Beard-award winning chef Paul Kahan was taking a perfectly routine flight out of Chicago O' Hare airport, reported the International Business Times. Routine, that is, until the Midwestern foodie realized he had somehow got through security with four of his hefty chef's knives in tow.

Much surprised, the thankfully-benevolent chef even Tweeted about it:

"Flew outa ohare today. Forgot I had four huge chefs knives in carry on bag. Got patted down for wallet. Knives went through."

There's irresponsible driving, and then there's driving onto the runway of a major airport. Which is exactly what happened at busy Philadelphia International Airport in March, when a supposedly drunk driver piloted his jeep through a security fence and right onto the tarmac at the civilized hour of 10:00 AM, reported Time.

Police gave chase for almost three miles, while Mazik accelerated to over 100 mph in an exceptionally futile attempt at escape.

You can watch the incredibly ill-advised fun here: