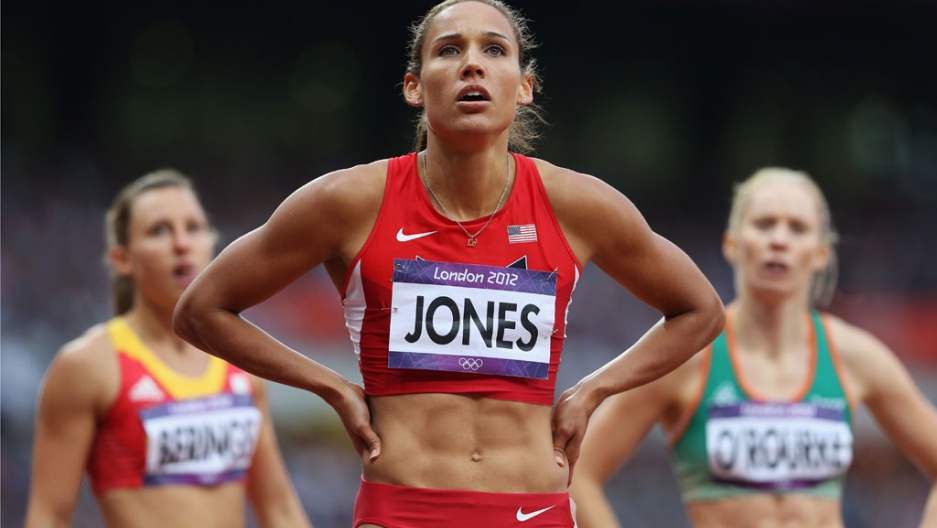 Lolo Jones of the United States looks on after competing in the women's 100m hurdles at the London 2012 Olympic Games on August 7, 2012, in England.
Credit: Streeter Lecka
Share

The video, at 2 minutes 18 seconds, featured close-ups of female Olympians in various states of competition and undress.

Lots of bums and breasts, beach volleyball players diving and hurdlers hurdling – most of them in slow motion.

The music – plunking guitars and plodding bass – playing overtop puts the video over the top.

She said that, if you believed NBC, “Olympic bodies are at their most noteworthy when they’re female, (mostly) white, stereotypically feminine, and thin.”

NBC later removed the video, but not before several websites re-posted it.

“It’s a reminder of how much this Olympics, which has been a terrific one for women in so many ways, has brought out the uglier, stupider impulses in a lot of people,” Alyssa Rosenberg writes on Thinkprogress.org.

Without swimmers, the men had just three medals.

The video is just the latest criticism aimed at America's Olympic broadcaster.

Some said NBC fumbled the opening ceremonies (cutting a tribute section, banal commentary), and frustrated viewers ask why it refuses to show many events live.

More from GlobalPost: NBC to break even at 2012 London Olympics