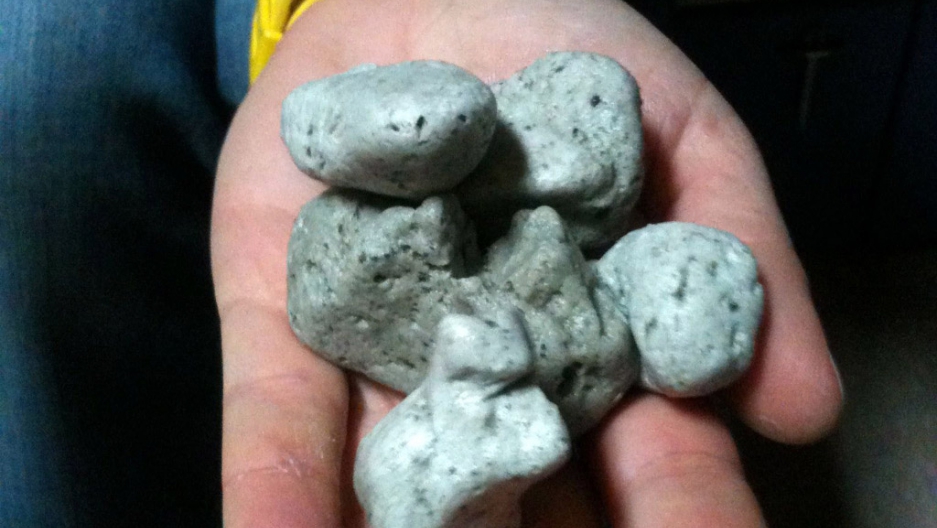 A massive "raft" of volcanic rocks covering more than 7,500 square miles has been spotted off the coast of New Zealand, puzzling scientists.

"As far ahead as I could observe was a raft of pumice moving up and down with the swell," he said in a New Zealand Defense Force press release. "The rock looked to be sitting two feet above the surface of the waves, and lit up a brilliant white colour in the spotlight. It looked exactly like the edge of an ice shelf."

Oscar was aboard the Royal New Zealand Navy's HMNZS Canterbury on Thursday when the ship investigated the phenomenon.

Experts told BBC News it's likely the result of an eruption of the underwater volcano known as Monowai, located to the north of New Zealand.

Pumice can form when lava from an underwater volcano comes into contact with seawater. Since it's less dense than water, it quickly rises to the surface of the ocean, according to BBC News.