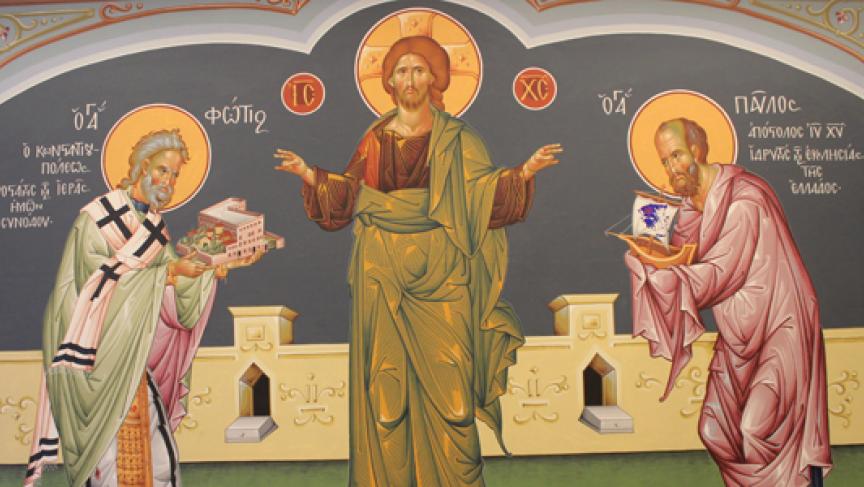 No one expects the Greek government to take a hard-line against the church when it comes to taxes, with the right-wing New Democracy party governing.

With the Greek government facing an enduring budget crisis and draconian budget cuts on top of previous cuts, politicians are starting to look at how they can cast a wider net. Konstantinos Zachariadis of the left-wing opposition Syriza party says the church is not paying its fair share.

“Greek politicians gave the church immunity from taxation,” Zachariadis said. “This relationship gave the politicians more political power, a bigger audience and voter base. But at the same time, the state budget was losing an important source of revenue and running up a deficit.”

For its part, the Greek Church announced that it paid some $15 million in taxes last year. But no one knows the true extent of its wealth. The church is a complex organization of thousands of independent legal entities with enormous land holdings and economic enterprises. And it’s never had a comprehensive outside audit. He says the church needs to be held to more scrutiny under existing tax laws.

“We don’t want to punish anyone, but we want to spread the economic burden equally across society and to do what the Bible says: whoever has two cloaks, should give one to the poor,” Zachariadis said.

But the church argues it’s already doing that.

The Church in the Streets program provides 1,300 boxed hot meals every day in central Athens.

Nikos Ptsas says he wouldn’t survive without the church’s help.

“It’s very significant,” Ptsas said. “For me and everyone else around here, we would be starving right now if it weren’t for the church. It’s not in my character to steal so without the food from the church, I would be dead right now.”

The church provides some 12,500 meals each day in Athens and many thousands more across the country. Father Ioannis Lambrou runs the program here. He says raising taxes on the church would diminish its ability to help people who need it.

“It would be a huge problem, and leave a huge gap in the church’s philanthropic work. Many of the church’s social institutions would have to limit their services or close down completely,” Lambrou said.

Church officials say the church has been hurt by Greece’s economic crisis as well. The income from its properties is down an average of 60 percent, either because tenants ask for rental reductions or simply leave. Bishop Gabriel, the chief secretary of the Holy Synod, or the ruling body of the Church of Greece, says the church resents accusations that it is removed from Greece’s social reality.

“We are a member of society,” he said. “We try to contribute to society positively, in order to promote development of the society. Spiritually but also materially, we try to do the best we can, to overcome this crisis. It is totally unfair, totally unfair.”

But there are privileges enjoyed by the church which do set it apart. Even as pressure grows on Greece to shrink its bloated civil service, public tax money continues to pay the salaries of the some 9,000 priests and other church officials.

A “tax the church” campaign on Facebook claims that amounts to more than $300 million per year. And that doesn’t include the cost of church buildings.

“This is a sacred cow that no one dares touch,” said Panayote Dimitras, a human rights activist from the Greek Helsinki Monitor.

He says there's no good reason why, in Europe in the 21st century, the church should depend on the state and public tax money.

“I think this church should be fully independent from the state and get full control of its properties, of its staff, and be accountable for it the same way churches are in other countries of Europe. Or the same way other religions are in Greece,” Dimitras said.

There are a lot of economic plans being hashed out in Athens these days between the government and the troika of international lenders. But few expect the church to pay a larger share unless and until leftist parties come to power.