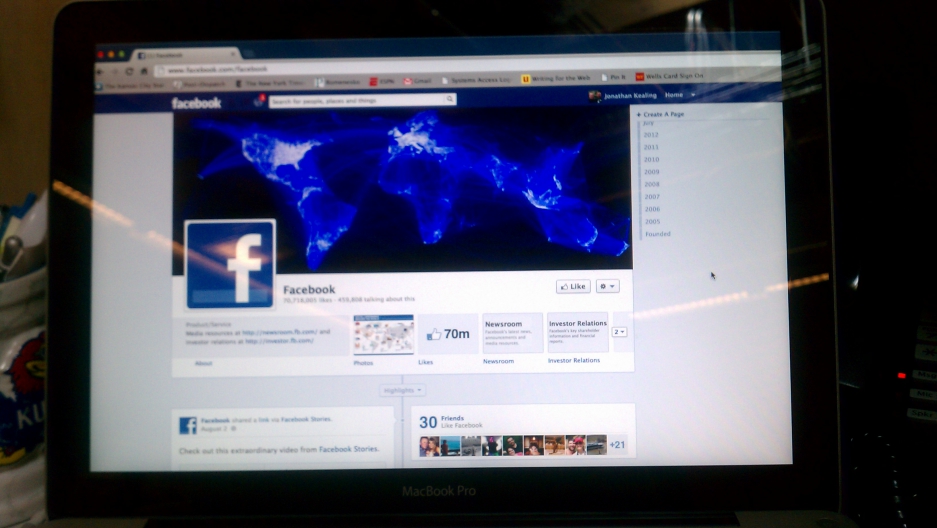 Is a Facebook like a form of protected free speech? A judge is being asked to decide that.

Political speech enjoys special protections in the United States — and speech in general is protected by the First Amendment to the U.S. Constitution.

For example, government employees can put bumper stickers on their cars or yard signs in their yard, no matter whether they're supporting or opposing their boss, without fear of being fired. But do those free speech protections also extend to Facebook.

Hampton, Va., Deputy Sheriff Ray Carter liked the Facebook page of a candidate for sheriff. Only problem, the candidate was challenging his boss. When Sheriff B.J. Roberts was re-elected, he fired Carter and five others. Carter has filed a wrongful termination suit, but a federal court judge tossed out the suit, saying a Facebook like doesn't amount to free speech.

Carter has appealed and has been joined in his appeal by Facebook and the American Civil Liberties Union. Marcus Messner, a journalism professor at Virginia Commonwealth University specializing in social media, said, especially in the political realm, there's almost no question a Facebook like should be considered speech.

"It might not be the most in-depth form of speech, but it's definitely a show of preference for a political leaning or candidate or issue," he said.

Messner called the initial ruling, which was made a few months ago, really unusual. He said it might stem from the learning curve that judges have with understanding how expression happens online.

Because rulings on social media in general have been so limited, whatever the appeals court says will have broad influence, Messner said.

"The ruling that is to do come down from the appeals court will have some significance of what you can do online, and what kinds of consequences you might face," Messner said.

Messner also draws a distinction between expressing a preference for a candidate and taking action to campaign on behalf of the candidate, which may enjoy fewer legal protections.

The sheriff, for his part, says the employee wasn't fired for his Facebook like, but rather for performance issues. Carter has rejected that claim.