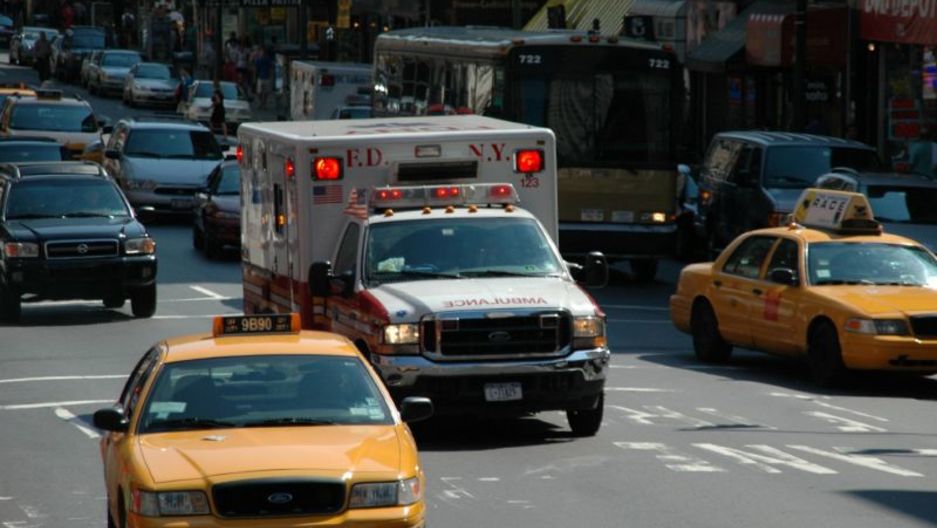 The fire chief in Oak Creek, Wis., is praising his crews for their response to Sunday’s shooting at the Sikh temple that claimed six lives.

More than 60 paramedics and EMTs rushed to the scene in 22 fire trucks and ambulances, and several other units were standing by. But that was during the day.

The Aurora, Colo., shooting took place at midnight last month. And while police were on the scene within minutes, some ambulances remained idle, and police were begging dispatchers for more units.

Scot Phelps, a professor of disaster science at the Emergency Management Academy, said the ambulance system in the U.S. was a public policy disaster.

Phelps said much of the country depended on a patchwork system holding ambulance services together. As a result, many cities have failing emergency reponse systems.

Philadelphia has so few ambulances that police end up transporting as many as a third of shooting victims to the hospital in their squad cars. And in Detroit an ambulance broke down in the middle of a gun battle last New Year's Eve.

"The problem is that the resources are not going to the ambulance system, whether it's a fire department system or a private system," Phelps said. "I'm not going to say we have too many fire trucks, but we certainly don't have enough ambulances, no matter who's operating the system."

Part of the problem is communities are relying on a whole array of medical response services: privately-owned ambulances, publicly-owned ambulances and, increasingly, paramedics who arrive on the scene in fire trucks instead of in more costly ambulances. Coordinating all of these different response teams remains difficult.

Phelps said poor funding was the key factor that contributed to the low number of ambulances in some communities.

"The fact that the private ambulance company has to rely to a large extent on billing Medicare and Medicaid means they're not going to staff a dozen ambulances just to have them standing by," he said. “They have to staff the amount of ambulances that are going to be reasonably active based on the normal demand patterns, which means there's no fat in the system."

Phelps said fire departments should dedicate more of their resources to medical response rather than fire fighting. Many spend more of their time on medical emergencies anyways.

He added that ambulances should be reimbursed for the real cost of care they provide, instead of just for transporting a patient to the hospital.