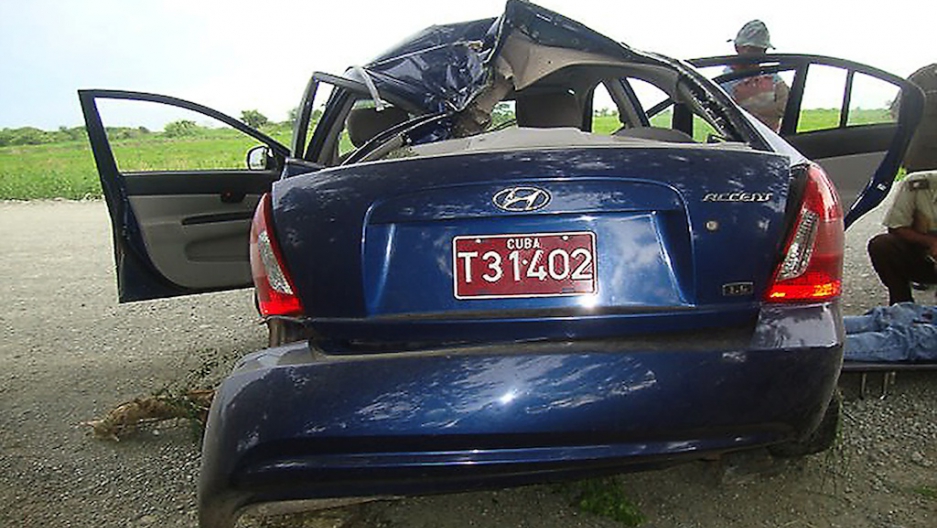 HAVANA, Cuba — More than a week has passed since Cuban authorities allowed the young Swedish politician Jens Aron Modig to return home and walk away from a tropical nightmare.

Once back on European soil, able to speak freely in Stockholm, he was expected to finally clarify what happened in the horrific July 22 car wreck on a highway in eastern Cuba that killed dissident leader Oswaldo Paya and another activist, Harold Cepero.

Since the crash, Paya’s family members and fellow Castro opponents have refused to accept that the dissidents’ deaths were an accident.

First they alleged that a truck had rammed Paya’s vehicle from behind, forcing it off the road. Another version has a mysterious red Lada sedan chasing the car just before it crashed.

Echoed in Miami and Madrid, their claims raised suspicions of a sinister plot by Cuban state security agents. Foreign governments, human rights organizations and the US Congress urged “transparency,” even a third-party investigation.

All of which have left the world waiting for Modig to explain what really happened.

The 27-year-old chairman of the youth wing of Sweden’s center-right Christian Democratic Party was riding in the passenger seat at the time of the crash. He told Cuban investigators he was asleep prior to the accident and woke up momentarily, only to lose consciousness on impact.

The driver, Angel Carromero, also knows what happened, but he remains in Cuban custody. Carromero, also 27, is a youth leader in Madrid of Spain’s conservative Popular Party, and faces possible charges of vehicular manslaughter with up to 10 years in prison.

In an interview broadcast on Cuban state television last week, he denied that another vehicle was involved in the crash, or that the car was hit from behind.

“I ask the international community to focus on getting me out of here and not to use a traffic accident that could happen to anyone for political purposes,” he said.

Carromero said he lost control of the rented Hyundai Accent when he suddenly came up on an unpaved stretch of highway and hit the brakes. The car fishtailed off the road and careened sideways into a tree.

Cuban investigators said they estimate the Hyundai was traveling well over 70 miles per hour, but Carromero claimed he doesn’t remember looking at the speedometer.

Photos of the wrecked Hyundai show that Paya took the impact directly. He was killed instantly, while Cepero died later from his injuries. Both Europeans were wearing seat belts, and sustained only minor scrapes. The Cubans were not.

Carromero remains in jail on the island with a prison sentence looming over him. His account raised doubts among skeptics who wondered whether his statements were coerced by Cuban authorities.

Prior to Modig’s departure, Cuban officials presented the Swede to local and foreign journalists. In an awkward press conference, whose footage was edited and broadcast on Cuban state television, Modig said he’d traveled to the island to deliver 4,000 euros ($5,000) to Paya and planned to help the dissident’s daughter build a political youth movement.

While not a huge sum of money, such a revelation is highly valuable to Cuban officials who depict all Castro government opponents as mercenary sell-outs who take money and political marching orders from abroad.

“I feel very sorry that I helped other people perform illegal activities,” Modig said in his televised interview, as if in a confessional.

It was not clear whether his ability to leave Cuba was conditioned on his statements.

Other questions raised by Modig’s statements in Havana remain unanswered. He scheduled a press conference in Stockholm last Friday, then canceled it, saying he didn’t want to jeopardize Carromero. He has kept silent ever since. Paya’s widow, Ofelia Acevedo, says Modig has not called the family to tell them his version of the accident, or to address their suspicions that the Castro government was involved.

In the absence of any testimony that could challenge the government’s version of events, Cuban authorities have shifted the focus to the two Europeans and their “subversive” mission to the island.

Cuban broadcasts have also linked Modig to US government-funded organizations such as the International Republican Institute, which organized an event Modig attended in the nation of Georgia prior to his arrival in Havana.

More from GlobalPost: Cuba, out at home

Spanish diplomats in Havana have helped Carromero obtain legal help in preparation that he will face prosecution. So far Cuba has not leveled any politically related charges at him, like the “crimes against the integrity of the state” charges that resulted in a 15-year-prison sentence for American subcontractor Alan Gross, who has been jailed on the island since December 2009.

The abysmal condition of Cuba’s highways may mitigate Carromero’s sentence if convicted. But his driving record is unlikely to help.

According to Spain’s El Pais, Carromero was on the verge of losing his driver’s license at the time of the Cuba trip, having accumulated 45 fines since March 2010, including multiple speeding tickets.