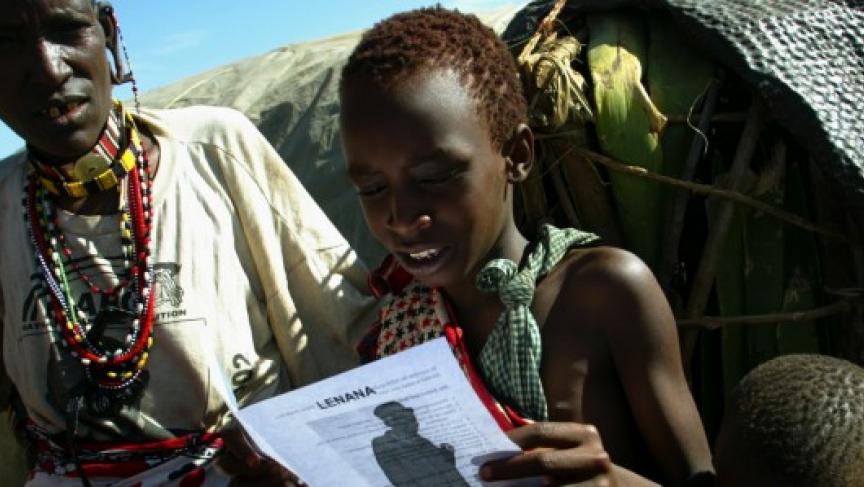 For Hillary Clinton’s latest trip to Africa, she probably didn’t need to take along many translators or interpreters.

Maybe just a French speaker. Of the nine countries on her itinerary, seven are considered Anglophone and two Francophone.

That, of course, does not tell the whole story — far from it. In one of those Anglophone countries, Nigeria, more than 500 languages are spoken.

It’s mainly the elite who speak these colonial languages. In Uganda, it’s English, in Senegal, French, in Mozambique, Portuguese. But most people — especially outside the big cities — don’t understand those languages.

That’s a huge problem for aid agencies trying to get the word out about disease prevention. The brochures, leaflets and posters they distribute tend to be written in those colonial languages.

Lori Thicke, who runs Translators Without Borders, said that she’s visited villages in Africa where you can find a plentiful supply of brochures about AIDS prevention. Many contain technical and sensitive information: how to practice safe sex, how to use a condom. But because the brochures are written in European languages, often not a single villager understands them.

There are signs of change. Some African nations are starting to promote their indigenous languages. There’s a debate in Ghana about replacing English as the official language, or augmenting it, with one or more of the more prominent local languages.

The problem is, none of those local languages is spoken across Ghana. They’re regional, and so adopting one of those as the official language would give the impression of favoring a single linguistic and ethnic group.

In South Africa, there are eleven official languages That’s helped with the status of some of the less widely spoken ones, like Ndebele and Venda. It means that some official documents must be published in those languages. That raises their status and has spawned a translation industry — something that barely exists around minority languages elsewhere in Africa.

Many Africans speak two or more languages. In Cameroon, it’s not uncommon to find people who speak four or five languages. That’s led some outsiders to assume that Africa doesn’t have a translation deficit. But it does. Speaking a second language doesn’t automatically make you a translator.

You need training to be able to translate. You also need tools: dictionaries and glossaries of technical terms. And you need to be online to access them.

Translators Without Borders has started a training program for translators in Kenya’s capital, Nairobi. They’ve begun with Swahili. It’s the closest Africa has to its own link language, spoken now by an estimated 40 million people.

There’s also a Translators Without Borders project that connects volunteer translators with Wikipedia and local mobile phone operators. The idea is to translate Wikipedia articles on AIDS, malaria and the like into local languages, and then make them accessible on people’s phones.

But it’s slow-going: Translators Without Borders has only a handful of volunteers who know those African languages.