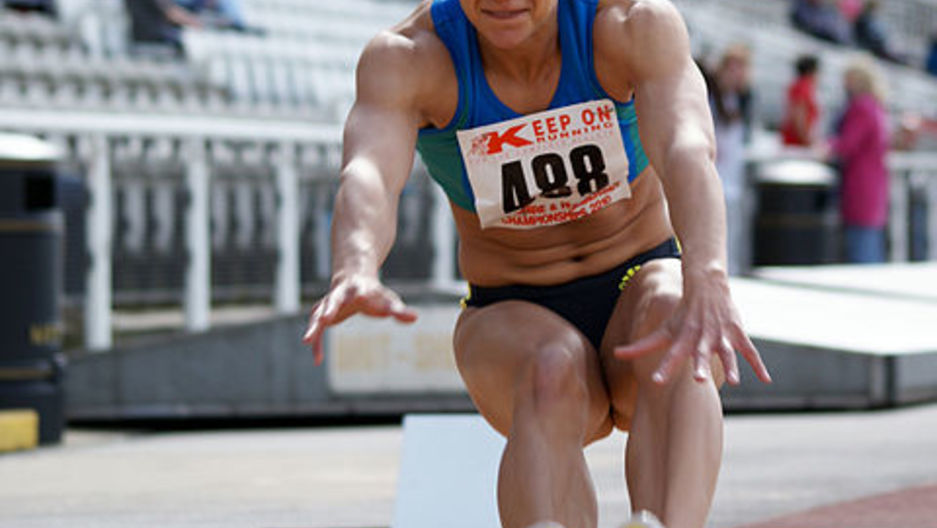 Gold medalist Jessica Ennis is a Yorkshire resident. If Yorkshire were an independent country, it would rank tenth on the list of medal-winning nations. (Photo by Adam Kerfoot-Roberts via Wikimedia Commons.)

The host of the Olympic Games is celebrating a few days of great success.

Athletes from team Great Britain went on something of a gold rush this week, with wins in track and field, on the water and on the tennis court. The Brits have 22 gold medals in London, as of Wednesday morning, but it seems one part of the U.K. is especially good at nurturing world champions.

If the English county of Yorkshire were a nation in its own right, it’d be near the top end of the current Olympic medal table. Athletes from Yorkshire, England’s largest county, are responsible for much of Britain’s current success at London 2012.

Gary Verity, the head of Yorkshire’s Tourist Board, said the people of Yorkshire naturally have the traits and work ethic needed for Olympic success.

“We’re very determined, we’re very dogged, and we don’t give in easily,” Verity said.   “So I think all of those traits put together are key components for true Olympic champions.”

Jessica Ennis’ gold medal in the heptathalon on Saturday night confirmed her status as the golden girl of London 2012. She’s from Yorkshire. So are some of Britain’s medal winning rowers. So are Britain’s Brownlee brothers, triathletes Alistair and Jonny. Monday, Alistair became Britain’s first Olympic champion in triathlon, winning the gold medal. His younger brother Jonny won the bronze in the same race.

Success for these athletes means that with five golds, two silvers and three bronzes, Yorkshire is even besting the gold medal totals of big sporting nations such as Australia. Australia’s dismal haul so far has led to debate over the scale and scope of elite sports development in the country.

Last year, John Coates, President of the Australian Olympic Committee made clear that winning against Australia’s mother nation was a big part of the plan for London 2012.

“You’re never quite sure of the number of medals that will be required. What I am sure of is if we can beat the British, we’ll be in the top five,” he said.

However, right now, Australia is still five spots behind Great Britain in the medal count, in eighth. But with just four golds, Australia will need a number of victories to catch Britain's lead in that column.

Australia’s invested huge amounts of money in its elite sports programs over the years. More often than not, that’s resulted in the Aussies doling out defeats to British teams.

But at a press conference in London, Australian track and field athlete Mitchell Watts reminded everyone that winning isn’t everything. Watts won silver in the men’s long jump on Saturday.

“I think people need to start understanding that it’s not easy to win an Olympic gold medal and there’s absolutely nothing wrong with a silver medal," he said. "The first question I got was, ‘Oh, a disappointing result'. The team’s happy, I’m happy, the head coach is happy, I’ve got thousands of messages back home that they’re happy, and the only people that aren’t happy are you guys,” Watts said.

But residents of Yorkshire are definitely feeling the pride of winning. According to the BBC, former cricket umpire Dickie Bird said the realisation that Yorkshire was currently beating Japan and Australia in the medal table was a tribute to the region's "absolutely brilliant" athletes.

"Yorkshire folk are wonderful, wonderful people known for their hard work and sheer Yorkshire grit which has pulled them through," he said.