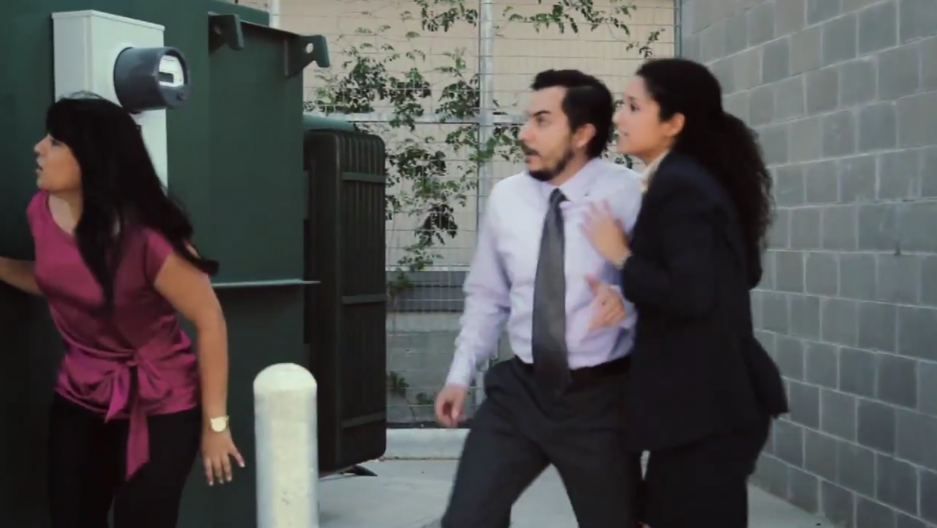 Those are just a handful of the recent rampage killings that have struck across the United States, with the Wisconsin shooting happening just this past weekend at a Sikh temple.

And there are more, including the 2007 shooting at Virginia Tech University that killed 32 people. Now, as colleges and universities prepare to restart, in the aftermath of two deadly rampage shootings, some schools are considering what they should be doing to prepare, just in case.

At Boston University, the school's police department shared a video, produced by the City of Houston, that explains, in detail, how to react if you're caught in a mass shooting.

The movie was produced with a grant from the Department of Homeland Security, and is meant as a survival guide in the event of an active shooter: run, hide or fight.

The video has been watched more than 500,000 times on YouTube.

Scott Pare, deputy director for the BU police department, said the tweet, while motivated in part by the recent shooting, was something they've been considering for a while.

"The police have trained for a long time for this — going back to Columbine — hoping it never happens, obviously," Pare said. "But, as these incidents become more and more prevalent, we certainly want to get more and more training out for the public, also."

Pare said the video is great, providing good instructions to the general public in an efficient manner.

Ideally, Pare said, people will watch the video, discuss it, and put in place a plan for how to react to an active shooter.

"That they know the exit roots at their offices, at any place. When they go out to eat, they should look for a second means of egress. If they go to the movie theaters, they always should know another way out," he said.

But, as the video points out, it's not always possible to run. And that's why the video suggests knowing where to hide if escape isn't possible.

Pare said it's also important to know the difference between cover and concealment. For example, he said, a curtain may hide you, but a bullet will pass right through it.

"You should get behind a solid desk or a file cabinet. Something that could stop a bullet," he said.

And, if all else fails, the video says your only other choice is to fight. A fire extinguisher, a coffee pot, even a stapler may be the only tool you have to fight off the attacker, but you should use it without hesitation, Pare said.

"Anything is viable at that point," he said.