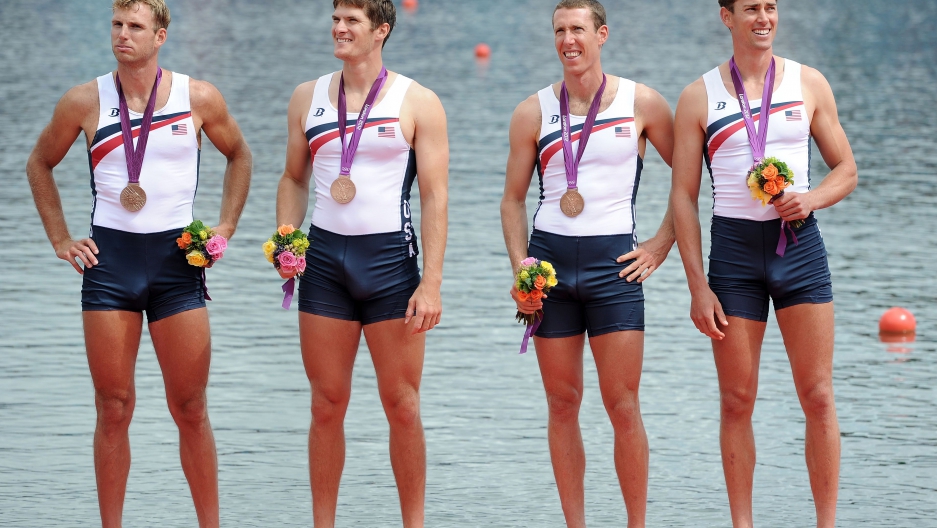 Henrik Rummel denies it, but millions on the Internet think the US rower got a bit "overexcited" celebrating his bronze medal in the men's coxless four rowing competition Monday.

But shortly thereafter, the rower himself may have taken to the site to defend his honor.

"This is me and I swear it's not erect!" Rummel posted under the Rummelator username, according to Digital Spy. "I don't know why it ended up in that position but there you go."

Gawker later interviewed the rower, who continued to deny any hint of sexual excitement post-competition.

"If I did have one, you can bet I would've tried harder to cover it up with the flowers," Rummel said.

He added that suspected erections are a recurring problem among rowers.

"The spandex doesn't leave a lot to the imagination and there are many unflattering awards dock photos out there," Rummel said. "I haven't heard of any erections occurring on the podium."

His girlfriend, who appeared in the Reddit photo with Rummel, wishes it had never happened, but can appreciate the humor in "her boyfriend's package going viral," he said.