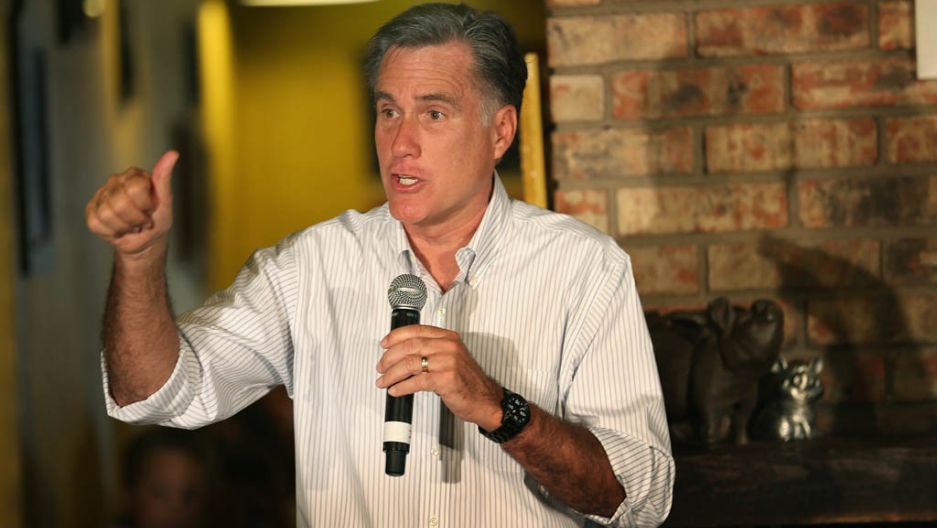 The Mitt Romney campaign took to the airwaves Sunday to rage against Senator Harry Reid's unverified claim that Romney paid no taxes for 10 years.

“As far as Harry Reid is concerned, listen, I know you might want to go down that road. I’m not going to respond to a dirty liar who hasn’t filed a single page of tax returns himself. (He) complains about people with money but lives in the Ritz Carlton here down the street,” Priebus said.

“So if that’s on the agenda, I’m not going to go there. This is just a made-up issue. And the fact that we’re going to spend any time talking about it is ridiculous.”

Democratic National Committee chair Rep. Debbie Wasserman Schultz, who also appeared on the show, added “I do know that Mitt Romney could clear this up in ten seconds by releasing the 23 years of tax returns that he gave to John McCain when he was being vetted for vice president."

Reid first made the accusation in an interview with The Huffington Post, saying an anonoymous Bain investor told him Romney avoided taxes for a decade. "He didn't pay taxes for 10 years! Now, do I know that that's true? Well, I'm not certain," said Reid. "But obviously he can't release those tax returns. How would it look?"

Reid has not revealed the identity of the investor, whom he calls an "extremely credible source", making it impossible to verify the accuracy of the claim.  He reiterated his claim on the Senate floor saying "Let him prove that he has paid taxes, because he hasn't".

Virginia Gov. Bob McDonnell joined in the attacks on Reid by telling CBS it was a "reckless and slanderous" charge. "You know what we know about his tax returns? He’s paid his taxes," McDonnell said on CBS's "Face the Nation".

Democrats did not jump to Reid's defense but used the opportunity to call on the Romney camp to release more than two years of tax returns. Obama campaign advisor David Axelrod said on "Fox News Sunday" that releaseing more returns "would put all of this to rest."

"I don't know who Harry was talking to," Axelrod said. "The point here ... is the Romney campaign and Gov. Romney can resolve this in 10 seconds."