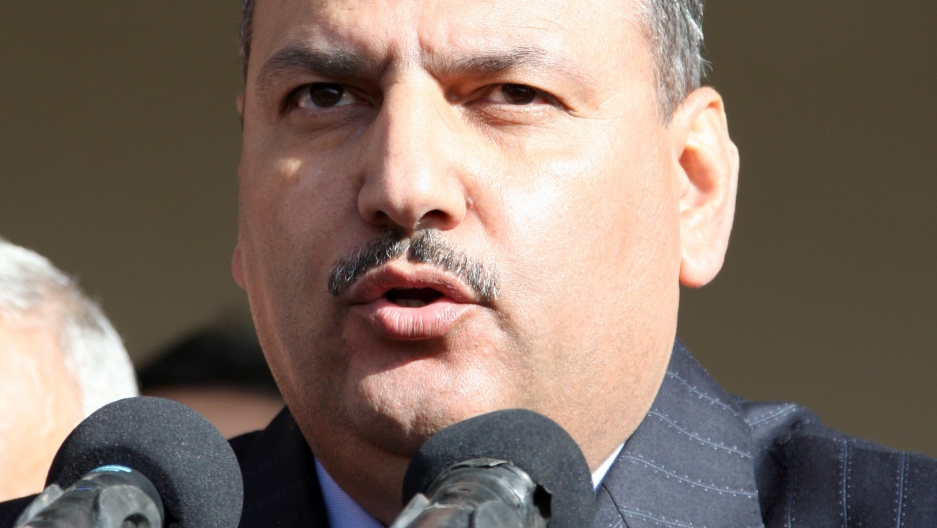 A November 24, 2008, shows Riad Hijab, then Syria's agriculture minister, speaking during a visit to Quneitra. Promoted to prime minister in June, he fled to Jordan on August 6, 2012.
Credit: LOUAI BESHARA
Share

Conflicting reports had Hijab defecting to the opposition and being dismissed by the government as its forces prepared for a ground assault to clear rebels from Aleppo.

Or, as Voice of America put it: Hijab said he defected, while Syrian state media said he was fired.

"I announce today my defection from the killing and terrorist regime and I announce that I have joined the ranks of the freedom and dignity revolution," Hijab said in a statement read in his name on Al Jazeera television.

Ahmad Kassim, a senior official with the Free Syrian Army said Hijab — formerly the agriculture minister — defected along with three other ministers, the Associated Press reported.

If so, he would be the highest-level government official to defect since the 17-month uprising against Assad began, the AP added.

A rebel captain in Aleppo told GlobalPost's James Foley that the process of the prime minister's defection started months ago when he was still the agricultural minister. Ria Novosti also reported that Hijab had been planning his defection "for months."

"The prime minister's defection is not a big deal. He was just a remote control figure for us," the captain, who goes by the name Hussam, said. "But it will create some embarrassment for the regime as he was from the highest level of government."

The report said Hijab had been fired — though it did not say why. It also appeared the announcement came after Hijab had already left the country.

The AP cited another spokesman, Mohammad Otari, as saying Hijab only took the prime ministership after being given a choice by the regime: Accept or be killed.

Hijab was now a "soldier" of the revolution, Otari said.

He reportedly defected along with 10 families, all related to him, including several individuals who held government posts.

In Aleppo, Syria's largest city, where the front line of the conflict has been drawn, the rebel Free Syrian Army continued to hold its ground Monday against a full-scale regime offensive. Regime jets bombarded the neighborhood of Bustan al-Qasr, killing a number of civilians. GlobalPost witnessed an entire family, including a 10-year-old girl, killed by one airstrike. Later, a 1-year-old child was also found dead.

For more on Syria, visit GlobalPost's Inside Syria page.