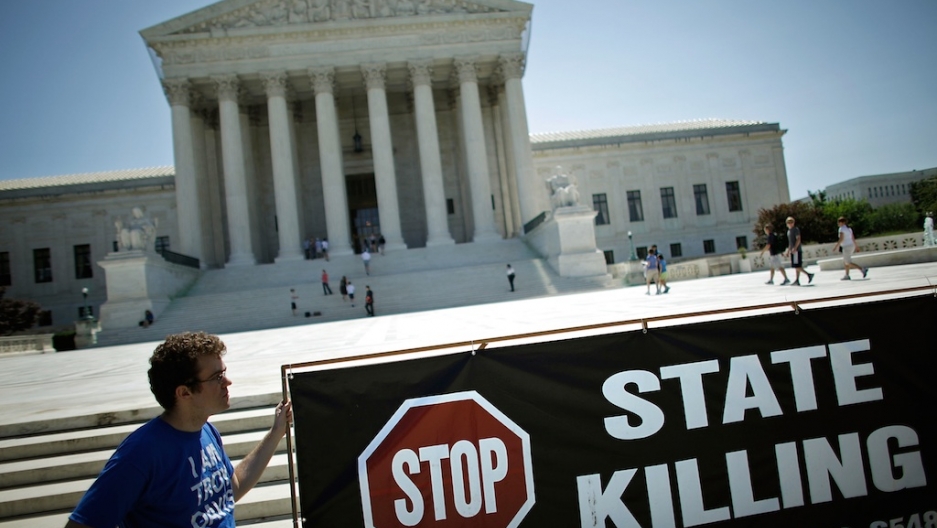 Marvin Wilson, a death row inmate who has been medically diagnosed as "mentally retarded" and should be exempt from execution under a Supreme Court ban, is set to die on Tuesday in Texas.

Wilson, 54, will be killed by lethal injection, despite a 2002 Supreme Court ruling on the Eighth Amendment of the constitution which prohibits "excessive punishment" for prisoners who are deemed intellectually disabled, the Guardian reported.

While states that allow capital punishment responded to the 2002 ruling in the case Atkins v Virginia by formulating laws to instruct their courts on how to decide cases involving a claim of mental retardation, Texas avoided passing such a statute, Salon reported.

"Unfortunately, Texas continues to circumvent the US Supreme Court's categorical ban on the execution of offenders with mental retardation by developing its own set of determining factors for who will be exempt from execution," democratic Texas Senator Rodney Ellis, who is working to overturn the execution, said in a news release, the Star-Telegram reported.

Attorneys for the convicted killer are also lobbying the US Supreme Court to overturn the death sentence, the Associated Press reported Monday. They argue that Wilson's IQ score of 61 qualifies him as clearly mentally impaired and thus exempt from execution.

"This case really does very much push the line," said Paul Campos, a professor at the University of Colorado Law School, who is not involved with Wilson's defense, the Huffington Post reported. "We're talking about a mental child."

Wilson was initially convicted in 1992 for shooting 21-year-old Jerry Williams, a police informant who had provided information that led to Wilson's arrest for drug possession, the AP reported.

"If Wilson is executed on Tuesday, Texas will be rendering the US supreme court's Eighth Amendment prohibition on the execution of mentally retarded prisoners a prohibition in name only," said Lee Kovarsky, Wilson's lawyer.