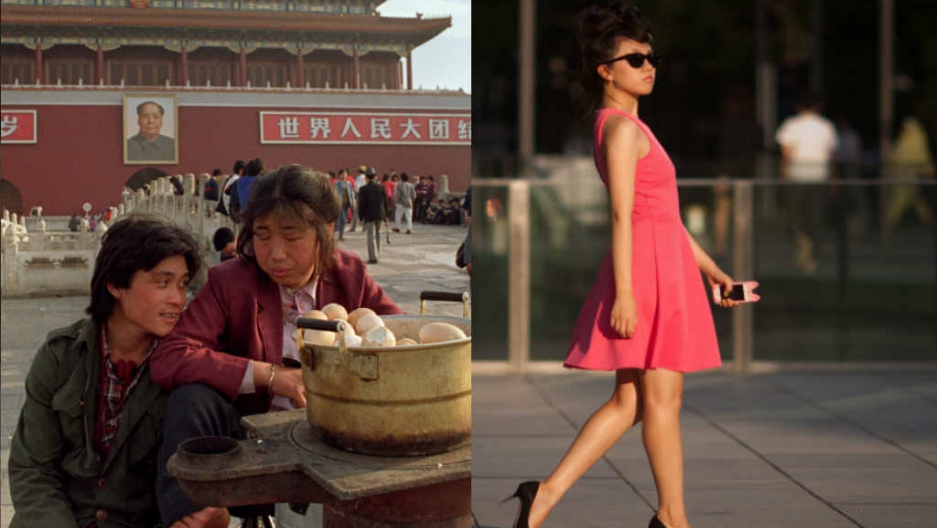 For the past decades, the country has largely been defined by surging economic growth — which has transformed its landscape, pulled hundreds of millions from poverty and changed its culture. That growth is now declining.

This year, Beijing expects GDP to expand by 7.6 percent. That’s brisk by global standards, but lethargic for China, where the economy grew by more than 10 percent for five years beginning in 2003. It peaked at a robust 14.2 percent in 2007, nearly twice the rate expected in 2012.

It’s normal for economies to ebb and flow, and some of China’s slowdown is no doubt linked to the debt crisis in Europe, its biggest export customer. But a more fundamental shift appears to emerging.

Unemployment is low, workers are gaining power to negotiate, and wages are rising; they’re expected to triple between 2011 and 2017. In short, China’s greatest resource — its seemingly inexhaustible supply of cheap labor — has reached its limit.

To Americans, this matters.

China is a robust piston of economic growth, so a slowdown would have global consequences. Obviously, factories in the Pearl River Delta make much of what we buy: electronics, clothes, furniture and the like. As Chinese labor costs rise, that will affect the prices we pay. The good news: bigger paychecks mean more money for Chinese consumers to spend. China is the world’s third biggest importer, purchasing over $100 billion dollars worth of goods from the US.

To put China’s changes in perspective, GlobalPost spoke with Ruchir Sharma, author of Breakout Nations, an insightful analysis of why some countries excel while others languish. Sharma is Morgan Stanley’s head of emerging market equities and global macro strategy. He travels extensively, generally spending one week each month in a developing country.

For years, analysts have bemoaned Chinese consumers’ relatively small contribution to economic demand. Will higher wages in China finally unleash the promise of the Chinese consumer, with all its hoped for benefits as a new engine of global growth or is this a myth?

The case of the missing Chinese consumer is a myth. Consumption in China has already been growing in real terms, about 8 percent per year for the past decade. That’s a very fast clip. The only reason why it looks like the Chinese consumer is suppressed is because the other drivers of the economy — exports and investment — have been running at an even faster pace. So there’s an appearance that 8 percent consumption growth in real terms is a bit slow.

With wage increases, Chinese consumption can continue to grow at about 8 percent. Consumption will rise as a share of GDP, as export and investment growth slows down. That is what I think is happening right now.

Consumption never grows faster than 8 percent in any country. Even in the miracle economies of Japan, Taiwan and Korea — at the peak of their booms — consumption never topped eight percent on an annualized basis.

In Breakout Nations, you talk about reforms that have emerged every four or five years to reinvigorate China. This year, Beijing is struggling with a relatively rocky leadership change. Are there reforms that the new leadership should embrace that would further help China grow? And are they likely to embrace them?

The most important thing — which I think they’re already doing but that they could do better — is to realize that the days when China could grow at double digits are over. Even 8 percent growth is not very feasible any more just because the law of large numbers has caught up with China. Its base is very large, and its per capita income is about $6,000.

China isn’t a sprinter any more. It’s now a middle aged country, and the growth rate needs to be adjusted accordingly. They need to keep moving towards greater reform and less stimulus kind of growth.

Growth was going down even by 2008 or so, and then they suffered a massive economic crisis in 2009, and they panicked about it and launched a massive stimulus effort.

So the most important thing is to not make the big mistake of launching some massive stimulus to try to achieve a growth target which is no longer realistic. The only way you achieve eight to ten percent economic growth is by growing investment at a very rapid pace. Even today investment as a share of GDP is touching fifty percent, which is very large. If China does another stimulus, there would be a lot of waste given that China doesn’t need more investment.

How will rising wages and the tightening labor force in China affect the US in general and Apple and others whose products are manufactured there?

I think that Southeast Asia will be the big beneficiary, and especially the TIP countries of Southeast Asia — Thailand, Indonesia, and the Philippines.

In a way, this is a role reversal of what we saw in the 1990s. Back then, Chinese wages were very low and there was a devaluation of the Chinese currency. Many people thought these factors triggered the 1998 crisis in East Asia, making those countries uncompetitive. Now, I think the shoe is on the other foot.

As far as the US is concerned, I think the pace of job migration out of the US is decelerating. We’re seeing some people move production back to the US as well. We are seeing a trend now of in-sourcing in the US. I’m not an expert on Apple, but they should be able to move to other locations as well.

In Breakout Nations, you write about countries at China’s development stage facing a middle income trap — in which an inability to innovate blocks them from rising to the ranks of a rich country. Based on your extensive travels in emerging markets, do you think China can surmount this challenge?

I think that China still has some way to go before it faces that. The problem with a middle income trap is that you don’t quite know where it hits you. Some countries have stalled when they achieve a per capita income just ten percent the size of the leading economy in the world, which is the US — that would mean $4,000 to $5,000. Some economies stall at a per capita income level of up to $16,000.

Currently, a middle income trap is not my base case of China. A middle income trap would really be the worst case scenario. It would mean that China would not be able to grow much at all, and that would be a very troubling outcome for the global economy.

Does China have the culture, education system and other attributes needed to produce effective innovators?

I think they do, so far. We have to take it as it goes. One point I make in Breakout Nations is that forecasts longer than three to five years are completely meaningless, because neither you nor I know whether those forecasts will be right.

In that time frame, China has enough to grow at about 6 percent, which is hardly a middle income trap. It’ll obviously have to be able to carry out some innovation to do that. But I think that at a per capita level of six thousand dollars innovation is important but not critical.

China is centrally planned, and its growth is driven mainly by investment. That means the government, not the invisible hand of the market, is the dominate architect of the economy. Conventional wisdom in the US is that governments don’t make good decisions. So will there come a reckoning day when we discover that China made a lot of bad decisions, perhaps invested in a lot of projects that weren’t all that economically efficient?

No, I don’t think so. It’s true that there’s a lot of centrally managed business and investment, but you have to look at the progression. China has systematically gone from complete central planning to a much more private economy over the last two or three decades.

In Breakout Nations, I try to answer this question — whether an authoritarian system or a democratic system is better for growth. In my own research, I looked at more than 120 cases of high growth economies over the past few decades and the answer is fifty-fifty: half were democratic, half autocratic. It’s the quality of leadership that matters rather than the political regime. But the point with China is that the progression has been much more towards the private sector than what it used to be compared to a decade or two decades ago.