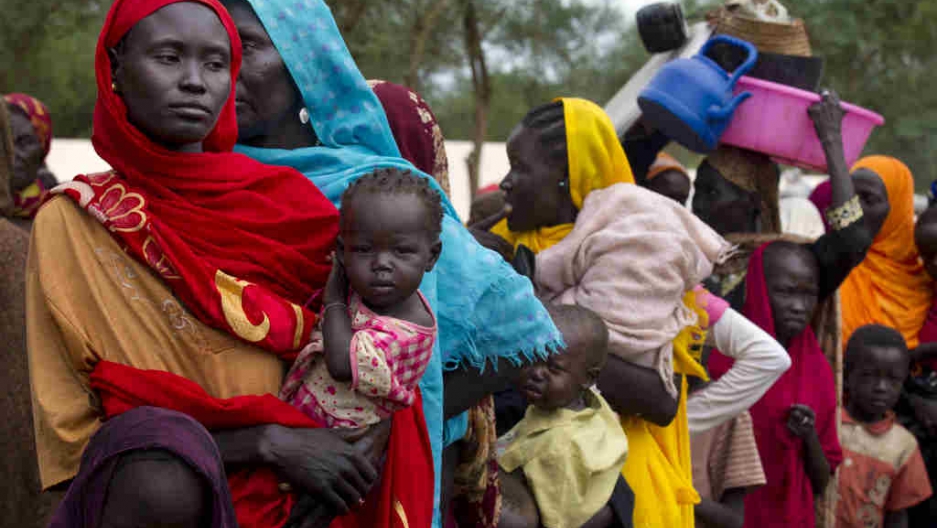 WASHINGTON — South Sudan is one of the world’s toughest places to live, as anyone who visits the country will notice immediately. Grinding poverty is everywhere, and people struggle to survive without roads, water, electricity, and basic services. Some of the cruelest realities of life there, however, are less visible to the foreign observer – and as such are rarely mentioned on the international scene. One of those is violence against women.

Violence against women– from rape and sexual assault to domestic abuse – is pervasive in the world’s youngest country. Decades of war between Juba and Khartoum, and between the South’s various ethnic groups, continue to leave an imprint on women’s bodies.

Women in South Sudan suffer disproportionately from ongoing insecurity through abduction, forced marriage, and physical and sexual violence. Experts say that current and former members of the Sudan People’s Liberation Army are key perpetrators of ongoing sexual violence and exploitation, especially in connection with its forced disarmament campaign earlier this year.

Although these abuses clearly have been exacerbated by years of conflict, they are in fact based on long-standing patriarchal systems, which make it even harder to eliminate. This breed of patriarchy condones violence and prevents South Sudanese women and girls from realizing even their most basic human rights.

Most forms of violence against women occur at the household level, within the family unit. Dowry practices, for example, cause husbands to view their wives as purchased property, preventing women from leaving abusive marriages. Indeed, domestic violence is so common that it is understood to be normal by members of both sexes. Women often do not seek help because they perceive violence as their lot in life. And even if survivors seek out support, most will not find it.

While stationed in Juba earlier this year with the United Nations, it was my job to make sure displaced women and girls living in camps were protected from abuse. When rape and other attacks occurred, we tried to connect survivors with basic services. This was an immensely challenging proposition because, quite simply, few such services exist in South Sudan. When an emergency strikes, there is often no one to help.

More from GlobalPost: Why does the world allow Sudan's Bashir to target civilians?

Currently, a small number of UN agencies, international non-governmental organizations, and national groups are trying to respond to violence against women, but resources are scarce and the challenges are myriad. There is a shortage of rape kits in South Sudanese hospitals, minimal access to birth control, and virtually no medication to prevent the spread of HIV and other sexually transmitted diseases. There are also too few doctors trained to perform rape examinations, which are generally necessary to bring cases to trial.

While there are laws in place criminalizing rape and other forms of abuse, South Sudanese police officers are often ill equipped to enforce them. With few resources at their disposal, the police have a very limited presence outside of state capitals, so women living in villages often turn to traditional courts or village chiefs to handle cases. Oftentimes the traditional solution for rape is that the survivor is forced to marry the perpetrator.

There have been some small victories in the fight to protect the women of South Sudan. When flights carrying thousands of southerners arrived from the north in May, a small number of humanitarians were miraculously able to cull together basic services, ensuring that survivors could receive healthcare, counseling, and safe recovery spaces. Most women and girls in South Sudan, displaced and otherwise, are not so lucky.

In a country where the problem of violence against women is so immense and so deeply engrained, it is tragic that response mechanisms are so limited. The government of South Sudan has a responsibility to protect its female citizens, and must do so by prioritizing interventions that protect women from abuse. The rest of the world must respond too, by providing enough human and financial resources to maintain basic services until South Sudan can stand on its own.

The women and girls of South Sudan suffered enormously during their country’s long fight for independence, but their fight for security in their own homes continues. Surely, they deserve to find peace at last.

Marcy Hersh is Senior Advocate for Women & Children’s Rights at Refugees International, a non-profit organization that works to end displacement and stateless crises worldwide and accepts no government or UN funding.