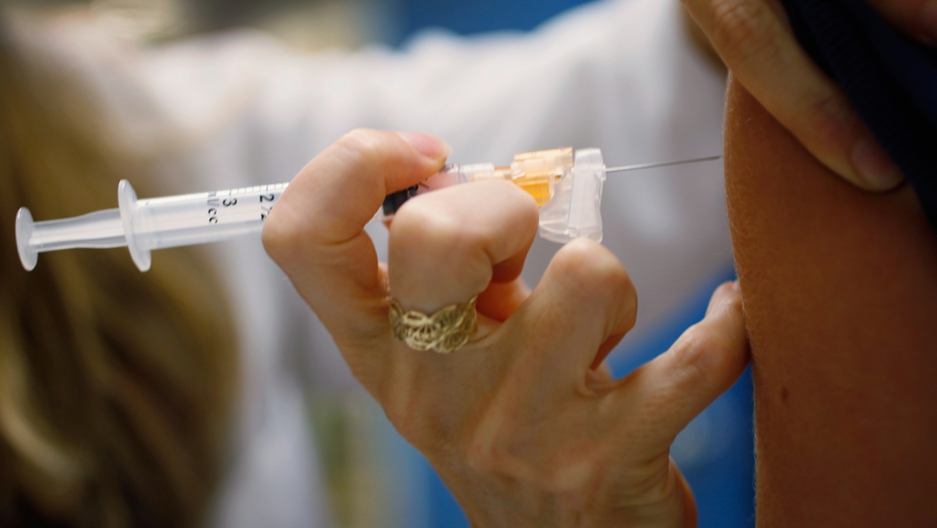 Pediatrician Judith L. Schaechter gives an HPV vaccination to a 13-year-old girl. The vaccine for human papillomavirus, or HPV, is given to prevent a sexually transmitted infection that can cause cancer.
Credit: Joe Raedle
Share

Despite its life-saving qualities, chemotherapy has long had a nasty reputation, known as a necessary poison for people suffering from cancer. But in some cases, chemotherapy is so damaging that it may even backfire and make the cancer worse, a new study has found. The study, published in Nature Medicine, found that chemotherapy causes damage to healthy cells, which triggers them secrete a protein that actually sustains tumor growth, Cancer UK reported.

The researchers made the finding while trying to figure out a major mystery: why are cancer cells are so easy to kill in a lab, but so difficult to kill in the human body? The findings were "completely unexpected," researchers told AFP.

In cancer treatment, tumors often respond well at first, only to rapidly regrow and become resistant to chemotherapy later on, AFP reported. "Our results indicate that damage responses in benign cells ... may directly contribute to enhanced tumor growth kinetics," the research team wrote. A solution to this problem would be chemotherapy that is better at targeting cancer cells and avoiding healthy cells.

Previous research has found that chemotherapy can also cause brain damage. Radiation cancer treatments have also been shown to cause cancer later on.