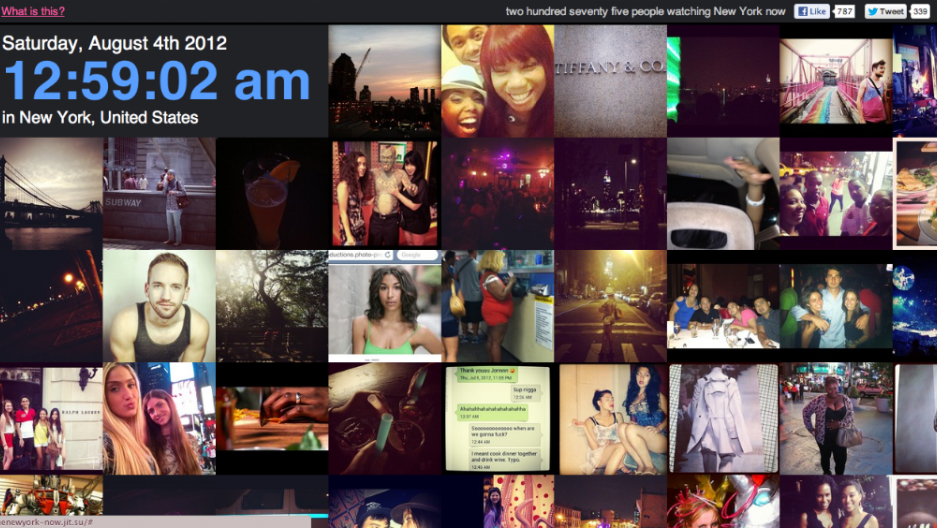 Dear cities of the world, welcome to Instagram. You will now look invariably cooler.

This comes thanks to the newly-launched "This is Now" project, which is live-streaming Instagram photos taken in New York, London, Sydney, Tokyo and San Paulo, with more locations supposedly in the works, according to The Huffington Post.

More from GlobalPost: Iran's Supreme Leader Khamenei is on Instagram

The site's Australian creators say the site "captures a cities movement, in a fluid story."

That's very cool, but Britain's Daily Mail pointed out that users of Instagram, a hugely popular photo-sharing and editing platform that Facebook recently tried to buy, may not be down with having their photos automatically streamed into a gigantic, super-public photo montage of their current location.

The initiative, a fresh take on older city-specific photo blogs like Life Goes On In Tehran, comes by way of the Australian company Lexical Gap.

It's not entirely clear why they decided to use a domain name ending in .su -- a tag registered under the Russian Institute for Development of Public Networks.