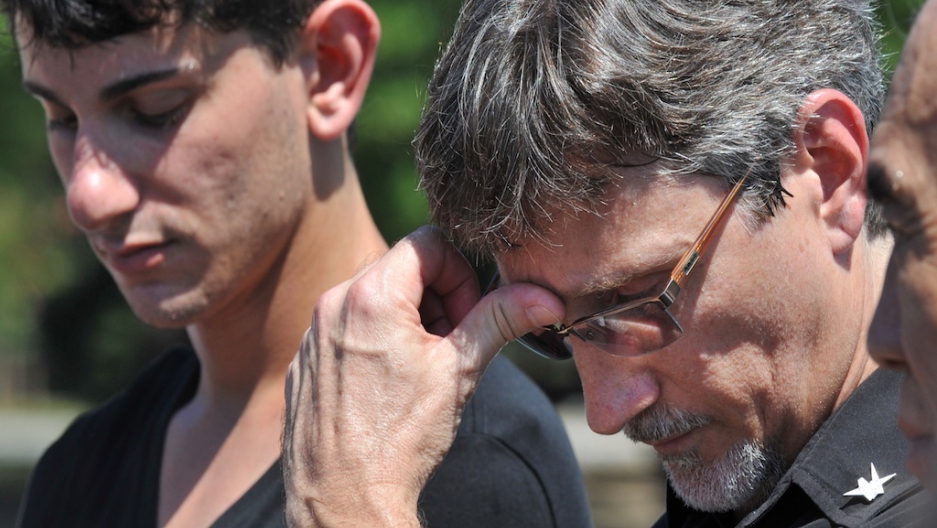 A grandson of former President Harry Truman, who ordered the atomic bombings of Japan during World War II, is in Hiroshima to attend a memorial service for the victims, the Associated Press reported.

Clifton Truman Daniel visited the Hiroshima Peace Memorial Park, where he laid a wreath for the 140,000 people killed after the bomb was dropped on Aug. 6, 1945, the AP wrote.

Three days later another bomb was dropped on Nagasaki, killing another 70,000 Japanese men, women and children.

Daniel is in Japan to mark the 67th anniversary of the bombings and is the first family member to pay respects on such a trip.

Earlier this week, Daniel made headlines when he told Agence France Presse he was unapologetic about his grandfather's decision. “I can't second-guess my grandfather. He always said that he made that decision to end the war quickly. That's what he believed."

Voice of America wrote Vice President Harry Truman became president on April 12, 1945, just months before the bombings, when Franklin Roosevelt died. As Vice President, he "never received a briefing on the development of the atomic bomb," VOA explained.