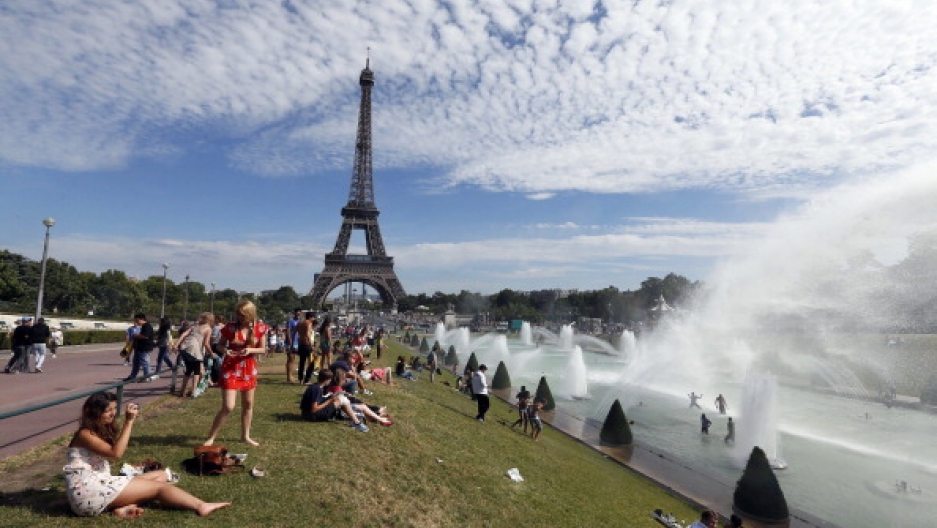 Imagine the shock bikini-clad Paris residents encountered last week as they began flocking to city parks and the banks of the River Seine to escape the heat wave only to be stopped by the “moral police.”

In a statement posted on its website, the Paris police prefecture outlined rules for basking in the sun outdoors and at the popular Paris Plages annual event that has sandy beaches and deckchairs laid out on the river bank, AFP reports:

"Police said it is not forbidden 'when the thermometer rises a few degrees to put on your best bathing suit and find a little corner of grass or the welcoming banks of the Seine to put down your towel.' But it noted that bathing suits should not be worn in official city parks and that dress should be 'decent and in accordance with good morals and public order'."

I never thought I would live to see they day when the statement “decent and in accordance with good morals and public order” comes out of France.

According to AFP, those wearing inappropriate dress could be fined at least 38 euros ($47) and face fines of up to 3,750 euros and two years in jail if suspected of soliciting sex.

Needless to say, the popular French pastime of sunbathing nude is completely out of the question.

"Any outfit that allows for the genital area or breasts to be seen constitutes sexual exhibition and is punishable by a year in prison," police said to AFP.

Granted, the moral police in Paris doesn't seem to be quite as strict as the moral police in, say, Saudi Arabia. Just last month, a Saudi woman in a shopping mall in Riyadh was reportedly harassed by a moral officer for wearing nail polish.

Thankfully, in France, one is unlikely to be harassed for “wearing” things. Not yet, anyway.

Heck, in Paris, you could probably just wear a layer of nail polish covering the disputed body parts and — provided you look like Audrey Tautou — you might just be able to talk yourself out of the fine.

Gives a whole new meaning to “French manicure,” doesn't it?