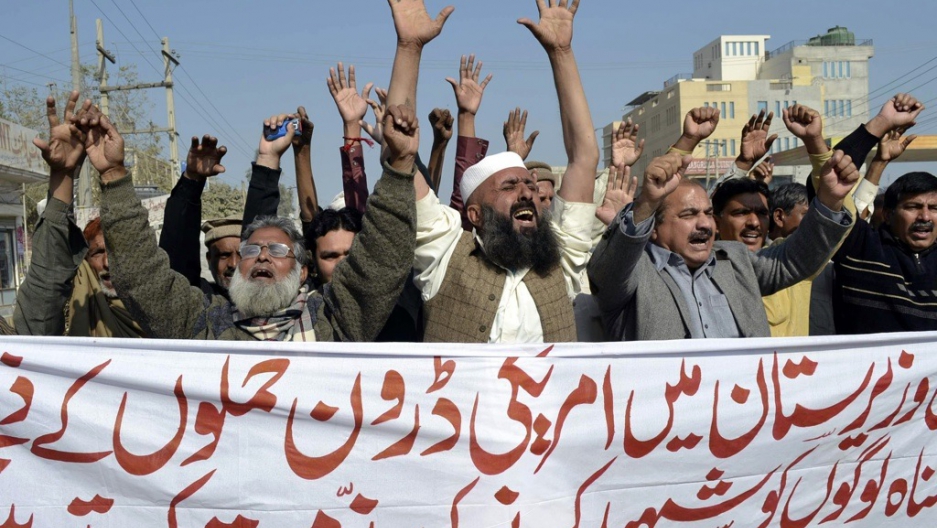 KABUL, Afghanistan — The insurgent's corpse was transported from Kabul to the Pakistan border, where Shir Mohammed waited to collect it.

He took the body into North Waziristan, a frontier region that is under the control of the Taliban and its allies.

There, a large crowd had gathered to kiss the remains and pay tribute. To them the militant, who in a single attack had helped slaughter dozens of Afghan civilians and security, was a martyr.

"The one big problem the people have is they are illiterate," said Mohammed, who is from the same village as the dead man.

"If a mullah preaches to them for a minute that there are infidels, go and kill them, immediately they are coming out to kill them."

The beautiful and desolate terrain of Waziristan, in northwest Pakistan, has become notorious as a place associated with terrorism and Al Qaeda.

While insurgents based there continue to launch assaults on NATO troops in neighboring Afghanistan, they also appear to be laying the groundwork for a bigger fight ahead.

Local elders interviewed by GlobalPost accuse the US of destabilizing the strategically vital region, leaving the militants emboldened.

The shockwaves from Waziristan, they warn, could ultimately help lead to the fall of Kabul in years to come.

Mohammed — a pseudonym — has two wives. He divides his time between Afghanistan in the summer and Waziristan in the winter.

Some of his relatives side with the Taliban, but others have suffered at the hands of the militants.

He said the rebels had established widespread control over Waziristan's population through a combination of violence, indoctrination and respect.

To undermine the traditional tribal structure, seen as a potential obstacle to their radicalism, the Taliban hired fighters from Uzbekistan to assassinate community leaders and bear the brunt of any call for revenge, he said.

Those leaders who survived the purge fled, allowing a militant brand of Islam to take hold in the region’s mosques and religious schools.

With ethnic Pashtuns on both sides of the frontier regarding the border as an arbitrary line on a map, the conflict the West thought it was fighting in Afghanistan soon spilled into Waziristan.

"People there do not obey their father's speech, but they are obeying a mullah's speech. One of my nephews was rearing goats and he could only read the Quran. Now he has long hair, a military radio and is a big [insurgent] commander," Mohammed said.

He described a number of incidents that demonstrated the Taliban's ability to win hearts and minds.

In one case, Mohammed said the Taliban arrested a man accused of murder, took him to the victim's mother and handed her a Kalashnikov to shoot him dead. She obliged, licked some of his blood and gave her house and property to the rebels as thanks.

Asked if North Waziristan would be more stable if the US and its allies had not invaded Afghanistan, Mohammed was quick to reply.

"Absolutely, the situation would be better," he said. "The Taliban would have power in both places."

More from GlobalPost: In Afghanistan, schoolgirls caught in the crossfire

Mohammed predicted the insurgents would again seize Kabul and, after “a lot of bloodshed and killing,” impose order through their strict interpretation of Islamic law.

“Those people do not care about their own heads so one can struggle with them,” he said.

Washington appeared to only realize the extent of the militant’s growing strength along the frontier and its impact on the war in 2009, eight years after the invasion of Afghanistan began.

In a keynote speech, US President Barack Obama announced what was billed as a crucial change in strategy when he declared that the future of Afghanistan was "inextricably linked" to Pakistan.

"For the American people, this border region has become the most dangerous place in the world," he said.

Years earlier, Aziz Ullah Waziri had told the Afghan government not to let Waziristan fester in poverty and isolation.

Aged 66 and from a prominent local family that resisted the British Empire, he knew the importance of the area to the balance of power in the wider region.

His warning went unheeded. His brother, Mohammed Ali Khan, was later murdered in Wana, South Waziristan. Having lived there himself in the 1990s, Waziri has long since moved to Kabul.

He cited the struggle against the Soviet Union as the start of the region's infatuation with fundamentalist, militant Islam — a trend that rapidly accelerated after the 2001 US-led invasion of Afghanistan.

The huge increase in drone strikes on Waziristan under the Obama administration has had mixed results, he added.

"When the drones are flying in the air, children, women and every single man is scared, and fear produces hatred."

In response to the drone attacks the Taliban have announced a ban on polio vaccinations in Waziristan, accusing the US of using immunization campaigns as a cover to help conduct assassinations — just as Pakistan says happened during the hunt for Osama bin Laden.

Meanwhile, the war in Afghanistan escalates as militants cross freely back and forth over the border and push into once peaceful parts of the country.

With time running out before all foreign combat troops are withdrawn from Afghanistan, many people have been left wondering what can be done to stop the violence.

Abdul Rashid Waziri is another member of the generation of elders who may never be allowed to return to their ancestral homeland simply because they oppose the Taliban.

He served as an advisor to the government in Kabul during the early years of the US occupation and has not been back to visit South Waziristan since 2002.

"I'm afraid," he said. "Do the Americans have any policy? It's a question we don't know about."