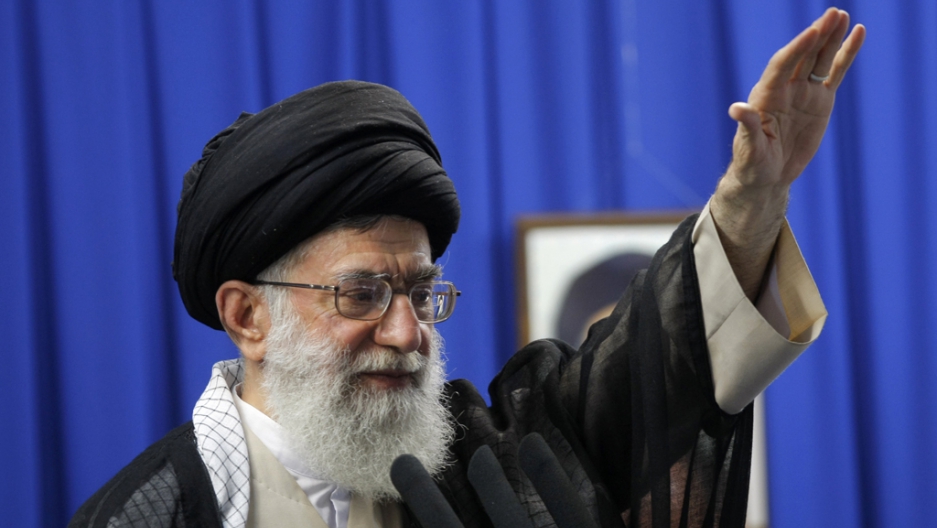 It's the latest confounding move from the nation's wily 79-year-old leader.

Grand Ayatollah Ali Khamenei made the announcement on Twitter, where he's known as khamenei_ir, according to an Instagram-equipped photo of his account posted by Iran watcher Laura Rozen.

If only! Were all Iranians afforded the online availability enjoyed by its top leaders, there really would be a revolution -- which, of course, is exactly why the government temporarily shut the Internet down when things threatened to get out of hand back in 2009.

In fact, online monitoring by the government has increased as part of a government crackdown on unrest following the outbreak of massive opposition-led street protests three years ago. The demonstrations were captured on cell-phone cameras and uploaded online, where they went viral and are believed to have further fuelled protest activity.

So it's all very strange. "Surreal," is how Max Fisher put it the Atlantic, writing that the Supreme Leader "may or may not have some interest in nuclear technology, but he is not especially known as an early adopter when it comes to social media tech."

Just last month, Khamenei was busy issuing a fatwa against the use of proxy servers -- an anti-filtering service used by many Iranians in order to get around online restrictions. (Ironically, the fatwa itself was quickly blocked by the authorities because it contained the word "antifiltering," reported Radio Free Europe/Radio Liberty's Golnaz Esfandiari. Whoops.)

Iran has one of the world's most restrictive censorship policies, due in part to the nation's young population. Some two-thirds of the population is under 30, most of them unemployed and many tech-savvy, despite restrictions.