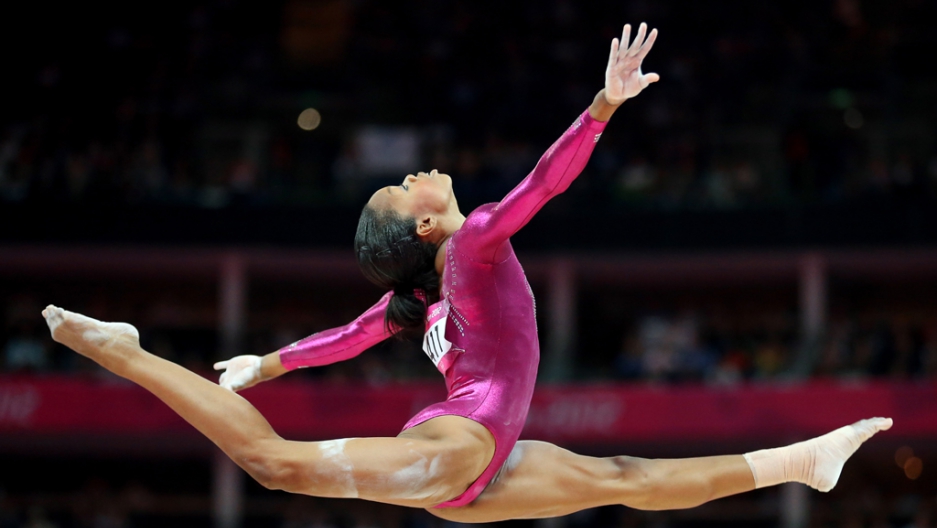 Gabrielle Douglas of the United States competes on the balance beam in the Gymnastics Women's Individual All-Around final on Day 6 of the London 2012 Olympic Games at North Greenwich Arena.
Credit: Streeter Lecka
Share

Douglas, 16, added her individual gold medal to the team gold she helped lead the Americans to on Tuesday.

She finished with 62.232 points, followed by Russia's Viktoria Kimova with 61.973 points. Aliya Mustafina of Russia and Aly Raisman of the United States finished tied with 59.566 points, but Mustafina was awarded the bronze on the basis of a tiebreaker, USA today reported.

Douglas became the third straight American to win gymnastics’ biggest prize, taking the lead on the very first event Thursday night and never losing it, according to CBS Sports.

Known as "The Flying Squirrel," Douglas rocked the O2 Arena with an electric floor routine, flashing a dazzling smile and lots of pizzazz. She also impressed on the vault and balance beam, The Associated Press reported.

Fellow US teammates Jordyn Wieber, McKayla Maroney and Kyla Ross jumped to their feet and cheered when Douglas completed her floor routine. Douglas flashed her trademark big smile and coach Liang Chow lifted her off the podium, according to the AP.

Kimova finished with a strong floor routine as well, and stared intently at the scoreboard as she waited. When the results flashed, she dropped her head and hurried to the sidelines in tears, according to the AP.

Medals for the individual disciplines will be handed out in the coming days.