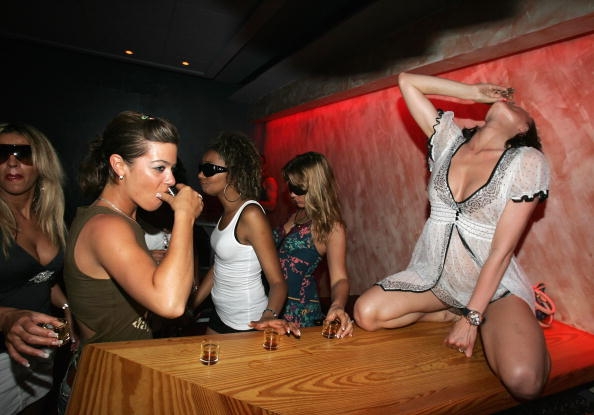 What happens in Ibiza, stays in Ibiza. The island remains one of the world's top holiday destinations for young people from around the world. To be fair to British women, the girls in the photo are actually from Germany.
Credit: Chris Jackson
Share

What happens in Ibiza, stays in Ibiza.

Or wherever else British girls are going on vacation this summer, apparently.

That seems to be the general attitude of British women toward sex when traveling abroad.

You see, they get “swept up in the moment and forget to use condoms,” according to a survey into the sexual habits of women, Medical Daily reports:

“The study, which consisted of 2,000 women who filled out questionnaires online,  also found that one in ten women will have unprotected sex on vacation with a complete stranger or someone they met during their break.”

According to the Medical Daily article, women participating in the study were significantly more likely to have unprotected sex when they're on foreign soil.

In addition, 13 percent of women in their 30s are also planning to have sex without contraception when jetting off this summer.

Yes, “planning” to have unprotected sex is the wording here.

I wonder how much all this “planning” has to do with another finding: a whopping 18 percent claim they are often simply too drunk to use contraception.

Here are some other key findings of the study, which was conducted by the pharmacy site DrFox.co.uk:

Daily Mail readers appeared to be completely horrified by these findings.

“Disgraceful dirty girls. Now, where are they going on holiday...?”

Probably not the Vatican.